Why Congress Should Eliminate the Term “Alien” from Federal Law 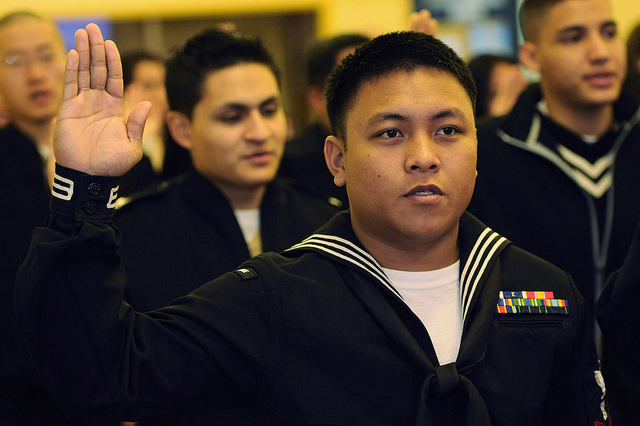 Last week, Congressman Joaquin Castro (TX-20) introduced legislation to remove derogatory language describing noncitizens as “aliens” from federal law. The bill, known as the Correcting Hurtful and Alienating Names in Government Expression (CHANGE) Act, eliminates the use of this terminology in U.S. code and federal agencies’ materials and documentation.

Current law utilizes the term “alien” to depict a person who is not a citizen or national of the United States. This language has been used in U.S. code since the Naturalization Act of 1790, which represented the country’s initial effort to establish the rules under which a foreign-born person could become a U.S. citizen. The term, however, has a markedly pejorative meaning.

Etymologically, the word “alien” derives from the latin word “alienus” which means “belonging to another.” And while in modern English the term is defined as “relating, belonging, or owing allegiance to another country or government,” it is also used to describe “a creature that comes from somewhere other than the planet Earth.” One thing is certain: the term emphasizes the difference, the “otherness” and the lack of belonging of the person referred to.

The reality is that this term and its connotations are at odds with a country that prides itself of being a country of immigrants. According to sociologist John Torpey, “because nation-states are both territorial and membership organizations, they must erect and sustain boundaries between nationals and non-nationals both at their physical borders and among people within those borders.” However, a distinction that is based on exclusionary and inflammatory language is not only dehumanizing, it is also inaccurate. First, a significant share of our foreign-born population has lived in the country for a lengthy period of time. They are integral members of the U.S. society and the communities in which they live. These foreign-born residents are in no way outsiders. The fact that someone was born in another country does not mean that she is not or will never be a full member of our society. In other words, one can be a noncitizen and still have deep roots and strong ties to the United States.

According to estimates by the Department of Homeland Security, over 13 million individuals are lawful permanent residents. Of that number, more than 50% have become lawful permanent residents before 2005. As for undocumented immigrants, three-fifths of the estimated 11.4 million individuals living in the country have been in the United States for more than a decade. Many noncitizens also have strong connections to the United States, such as U.S.-citizen family members (especially U.S.-born children), jobs, and homes in the country. Additionally, the newest generations of immigrants are integrating into the U.S. society as fast and extensively as the previous ones and over time, foreign-born individuals come to resemble their native-born counterparts across all measurable outcomes.

Why, then, do our federal laws contain language that reinforces and perpetuates the erroneous notion that foreign-born residents of the United States are outsiders, that they don’t belong here, and that they are “the other”? There is no reason to keep a language that is archaic, that informs prejudice, and that has a negative impact in people’s lives. Words are not just symbols. Words matter.