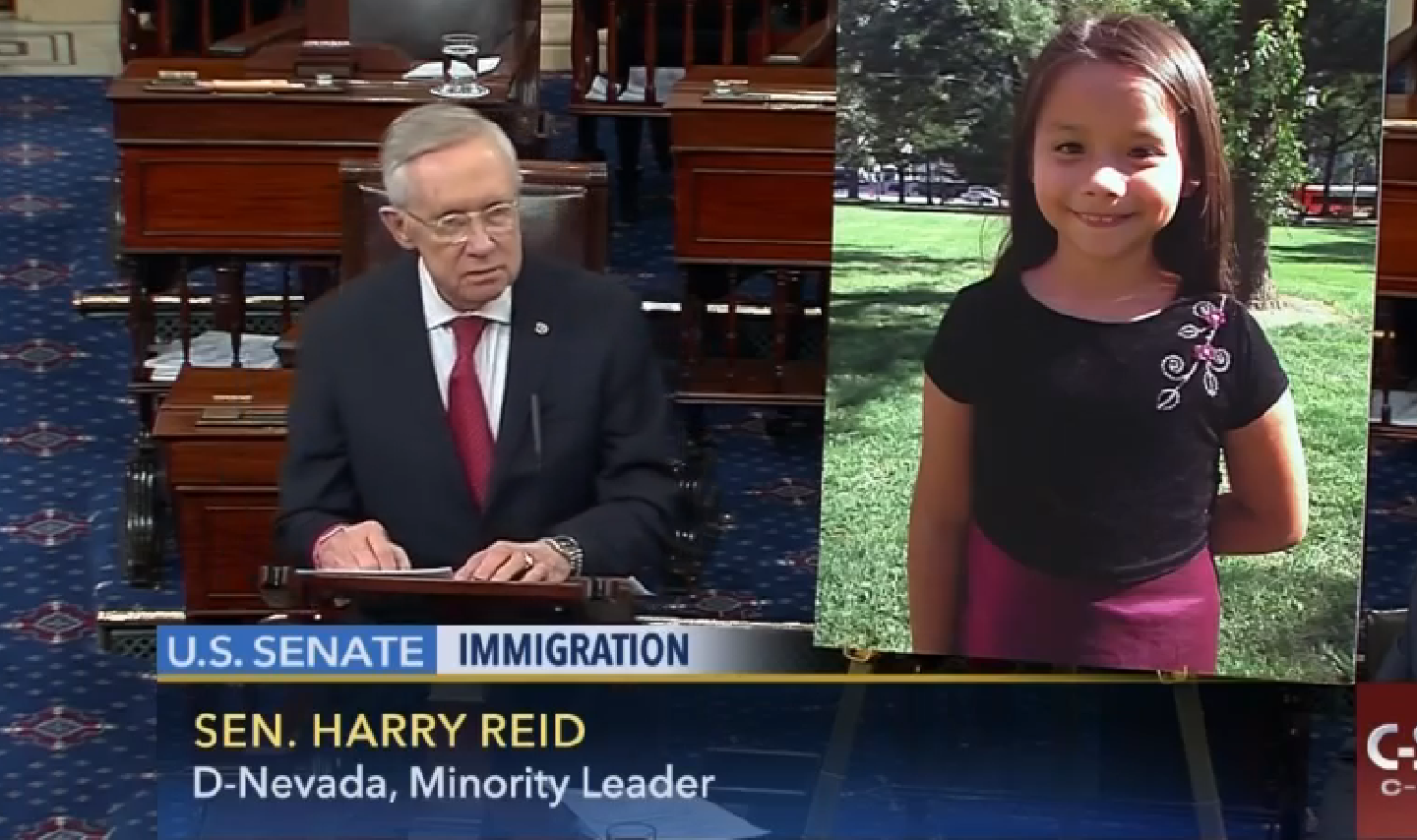 Every day children, some as young as toddlers, are sent into immigration courts all around the country. They can be asked to make their own immigration cases before a judge, often while a government attorney argues that they should be deported. This is because the government maintains there is no right to appointed counsel in immigration proceedings, not even for children. According to the Transactional Records Access Clearinghouse (TRAC), almost 50 percent of unaccompanied children are unrepresented by counsel at any point in their court process.

To begin to remedy this injustice, Senator Harry Reid (D-NV), along with Senators Dick Durbin (D-IL), Patty Murray (D-WA), Patrick Leahy (D-VT), and Bob Menendez (D-NJ), introduced the “Fair Day in Court for Kids Act.” The bill would provide unaccompanied children and other vulnerable populations with attorneys to guide them through the complicated immigration court process. The legislation would also require the Department of Homeland Security (DHS) and the Attorney General to make sure that legal orientation programs (trainings that give a basic overview of immigration law and the court process) are available to all detained immigrants.

As Senator Reid noted on the Senate floor today:

“Immigration law is one of the most complex areas of law out there.  Toddlers should not be placed in this situation. Children without attorneys are much more vulnerable than adults – 9 out of 10 children without attorneys are ordered deported. According to the United Nations High Commissioner for Refugees, a majority of recently-arrived unaccompanied children are eligible for legal protection that would allow them to lawfully remain in the United States. But they cannot access these protections without an attorney to represent them in court or even to ensure they receive proper notice of their hearings. Children with attorneys are 5 times more likely to be granted protection.”

This legislation would work to solve a problem that has long troubled advocates.  In 2014, the American Immigration Council with the American Civil Liberties Union, Northwest Immigrant Rights Project, Public Counsel, and K&L Gates, LLP filed a still-pending lawsuit on behalf of children who are forced to proceed in immigration court without lawyers. The suit charges the federal government with violating the U.S. Constitution’s Fifth Amendment Due Process Clause and the Immigration and Nationality Act’s provisions requiring a “full and fair hearing” before an immigration judge. It seeks to require that the government provide all children with legal representation in their immigration proceedings.

Immigration organizations were quick to praise the newly introduced legislation.  For example, Kids In Need of Defense (KIND) said, “This legislation recognizes that the best way to ensure fair and just decisions for unaccompanied children in their immigration proceedings is by ensuring that they have counsel by their side.”

KIND and other groups provide free legal assistance to kids facing immigration court alone, but do not have the resources to represent all children that are forced to go through the immigration courts on their own. Over the last few years, the federal government has provided some funding to support broadening this effort, yet about half of minors and about 70 percent of families still go through the process without legal counsel.

It is out-of-line that a country that values due process has allowed such an unjust practice to go on for so long. Fortunately, some members of Congress are looking for a remedy.