Nativists Line Up in Support of Trump’s Presidential Campaign 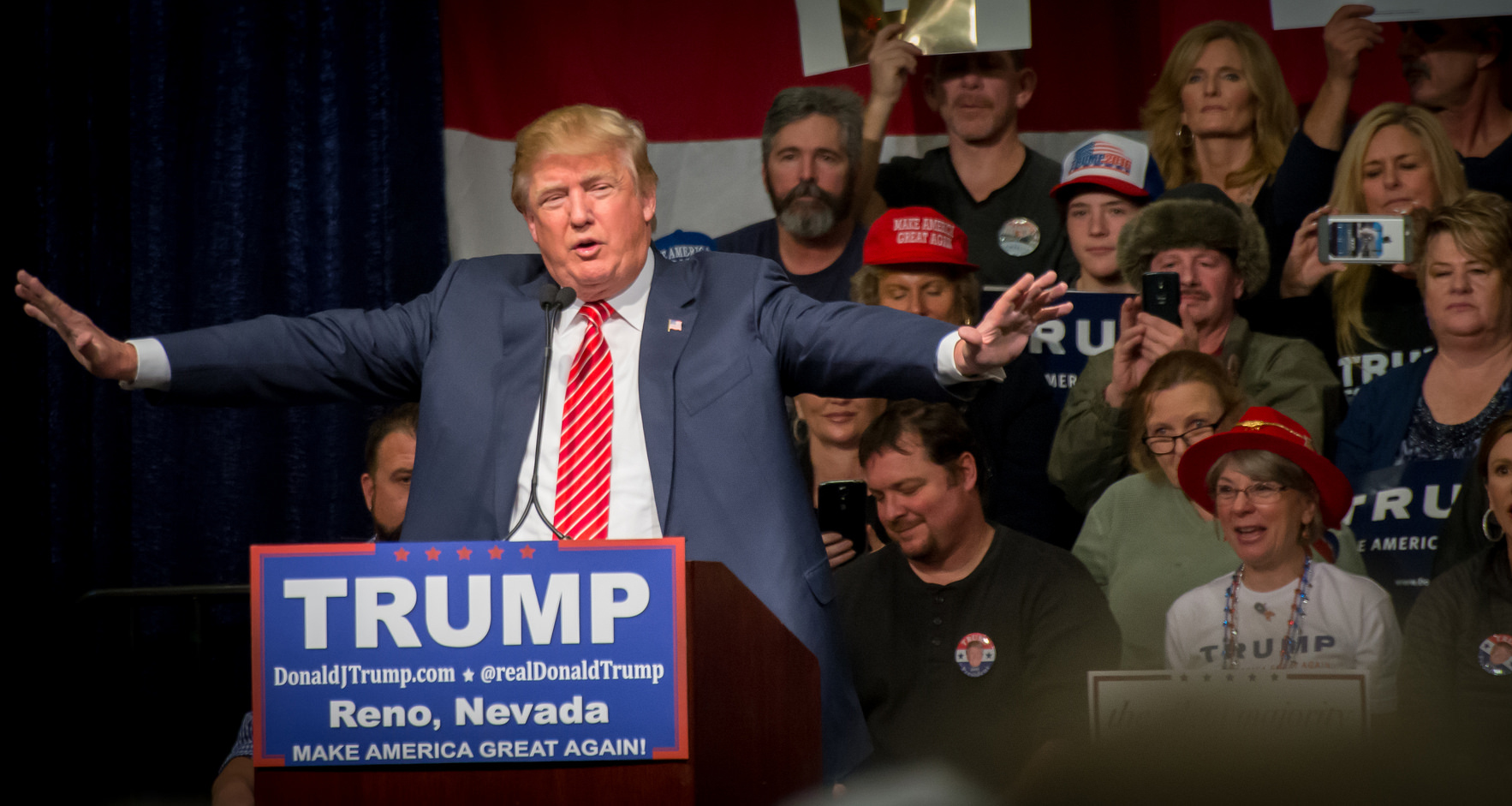 If one is judged by the company one keeps, then Donald Trump needs some new friends. The now-undisputed frontrunner in the Republican presidential primary campaign has been receiving endorsements from a rogue’s gallery of nativists. Not surprisingly, Trump and his buddies fail to offer any constructive, realistic, or humane means of fixing the myriad problems that plague the U.S. immigration system. For instance, a key component of the Trump immigration doctrine is the deportation of all 11 million unauthorized men, women, and children now living in the United States—no matter how much it costs or how many lives it needlessly destroys.

This kind of immigration “reform” plays well in white-supremacist circles. David Duke, the ardent white nationalist and former Ku Klux Klansman, has told his followers that “voting against Donald Trump at this point is really treason to your heritage.” During an interview on CNN, Trump repeatedly declined to disavow any ideological allegiance with Duke—an incident which he later blamed on a faulty earpiece worn during the interview. He subsequently disavowed Duke in a tweet, but Duke took no offense, saying: “Look, Donald Trump, do whatever you need to do to get elected to this country because we need a change.”

Trump has received similar words of praise from Jared Taylor, founder of the New Century Foundation and editor of its website, American Renaissance. Taylor says that “someone who wants to send home all illegal immigrants…is acting in the interest of whites, whether consciously or not.”

Of course, Trump cannot be held responsible for the words of his supporters, but it should be taken as a warning sign when his supporters include a flock of white nationalists. As Richard Cohen, president of the Southern Poverty Law Center, puts it: “You can’t help who admires you, but when white supremacists start endorsing you for president, you ought to start asking why.” Similarly, one might ask why so many of Trump’s retweets are words of praise from white supremacists. One might also question the wisdom of Trump’s decision to tweet a quote from World War II fascist dictator Benito Mussolini: “It is better to live one day as a lion than 100 years as a sheep.”

White nationalist connections aside, the Trump immigration plan has also been embraced by anti-immigration advocates who are more mainstream in their rhetoric. Senator Jeff Sessions (R-AL) states that:

“Politicians have promised for 30 years to fix illegal immigration. Have they done it? Donald Trump will do it. I’ve told Donald Trump this isn’t a campaign, this is a movement.”

“A nation without borders is like a house without walls–it collapses. As Arizona’s Governor, I witnessed too much heartache, loss and suffering caused by illegal immigration. For years I pleaded with the federal government to do their job and secure our border. Today, we can elect a President who will do just that—Donald J. Trump.”

And Kris Kobach, the Kansas secretary of state who crafted anti-immigrant laws in Arizona and Alabama, declares that:

“Now, more than ever, America needs Mr. Trump’s aggressive approach to the problem of illegal immigration. Our porous borders constitute a huge national security threat, and our refugee system has been abused by terrorists in the past and is likely to be abused by ISIS terrorists today. Moreover, there are too many Americans who are out of work because of illegal immigration.”

It should be noted that mass deportation is just one element of Trump’s immigration platform that nativists find so appealing. There is also the plan to build a wall along the entire U.S.-Mexico border (and somehow making the Mexican government pay for it). And there is the proposed banning of all Muslim immigration to the United States. These and the other immigration-related proposals of the Trump campaign are as impractical as they are inhumane.

Moreover, they take no account of the economic damage that policies of this kind would inflict upon the United States. Consider just the mass deportation plan. According to the conservative American Action Forum:

“… it will cost $100-$300 billion to implement, and require a minimum of 17,296 chartered flights and 30,701 chartered bus trips each year. Additionally, the federal government would need to increase federal immigration apprehension personnel from 4,844 to 90,582; increase immigration courts from 58 to 1,316; and increase the number of federal attorneys from 1,430 to 32,445. Lastly, AAF also found that the proposal would slow U.S. economic growth by $1 trillion.”

Leaving aside the sheer inhumanity of the proposal, this is an economic disaster waiting to happen. It’s not exactly the kind of policy prescription you’d expect from a businessman.