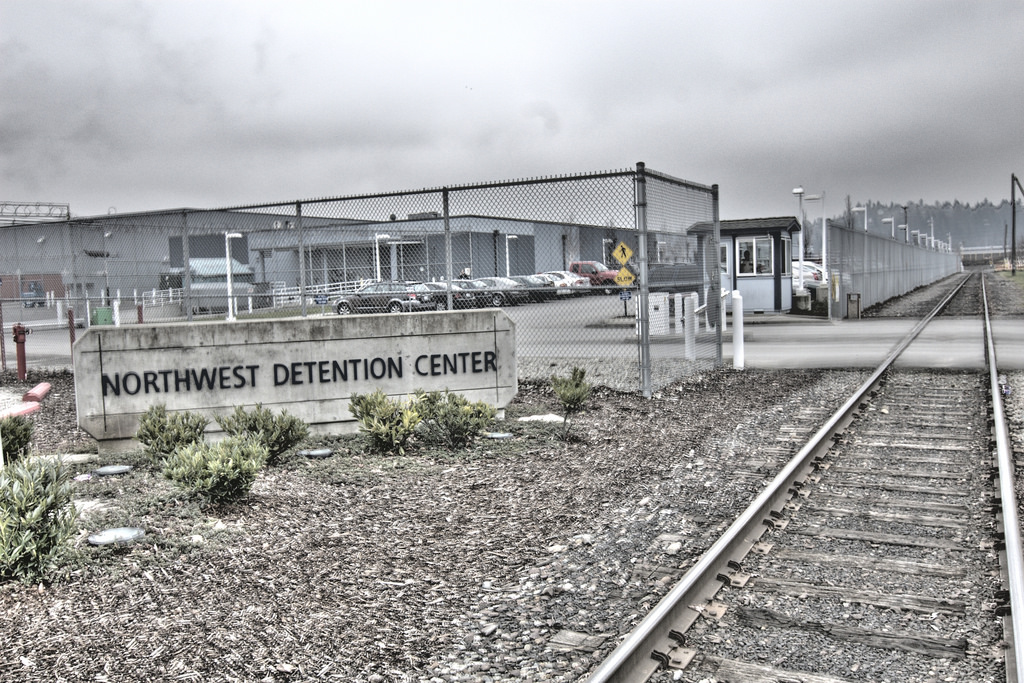 It is easy to forget at times just how sprawling and labyrinthine the U.S. immigration detention system truly is. But this is an important fact to keep in mind. Due to the sheer size and complexity of the detention system, detainees are easily “lost” to their family members and attorneys. At any time, with no advance notice, a detainee could be transferred to another detention facility hundreds of miles away, or even expelled from the country, leaving behind loved ones and legal advocates to piece together the detainee’s movements.

In a new report, the Transactional Records Access Clearinghouse (TRAC) at Syracuse University quantifies the full breadth of the system of immigration detention which falls under the auspices of the U.S. Immigration and Customs Enforcement (ICE). TRAC collected data on the 637 detention facilities used by ICE during Fiscal Year (FY) 2015 and found that the detention system “depends on hundreds of jails, prisons, and other facilities largely owned as well as run by others—some by local government agencies and others by private, for-profit companies.” This system in composed of holding/staging facilities, Intergovernmental Service Agreement facilities, ICE Service Processing Centers, Contract Detention Facilities, juvenile facilities, Federal Bureau of Prisons facilities, medical facilities, and U.S. Marshals Service offices.

Although a great many of the 637 detention facilities are found along the southwest border with Mexico, “one or more facilities existed in every one of the fifty states, as well as Puerto Rico, Guam, the Virgin Islands and the Northern Mariana Islands.” Moreover, these facilities range from temporary holding rooms to others intended for long-term stays. Some hold only a single person for a brief time during an entire year, while others house tens of thousands of people in the course of a year. The cost of such facilities varies widely, too; from $30 per day per detainee for a short-stay facility (under 72 hours) to $169 per day for longer-term facilities. Ultimately, the expenses of detention (and deportation) are borne by U.S. taxpayers.

The detention system as a whole has the capacity to process hundreds of thousands of people each year. In FY 2015, a total of 325,209 individuals left ICE custody, while 374,059 were transferred between ICE facilities. On average, each detainee experienced at least one transfer. The most common reason that a detainee left ICE custody was deportation—which accounted for 55 percent of recorded departures in FY 2015. Next were detainees who were “released on bond or on their personal recognizance while their cases were pending,” and some who were released “because their cases had concluded and they had been found to have a lawful right to remain in the country.” Unfortunately, TRAC does not provide statistics on these means of leaving ICE custody.

More troublesome than the size of the immigration detention system is the degree to which it has become a for-profit enterprise. Roughly half (49 percent) of all detainees who were “booked out” of ICE detention in FY 2015 were held in facilities operated by private companies. The GEO Group accounted for 15 percent of all those detainees booked out in FY 2015, followed by Corrections Corporation of America (10 percent), and Ahtna Corporation (10 percent). Perhaps the profit motive is one reason that ICE has been instructed by Congress since 2009 to fill 34,000 beds in detention facilities across the country with immigrant detainees every day.

Immigrant detention in the United States is not only an enormous and confusing enterprise, it’s also big business.

Photo Courtesy of the Seattle Globalist.