The Ongoing Mishandling of Migrants’ Possessions by CBP and ICE 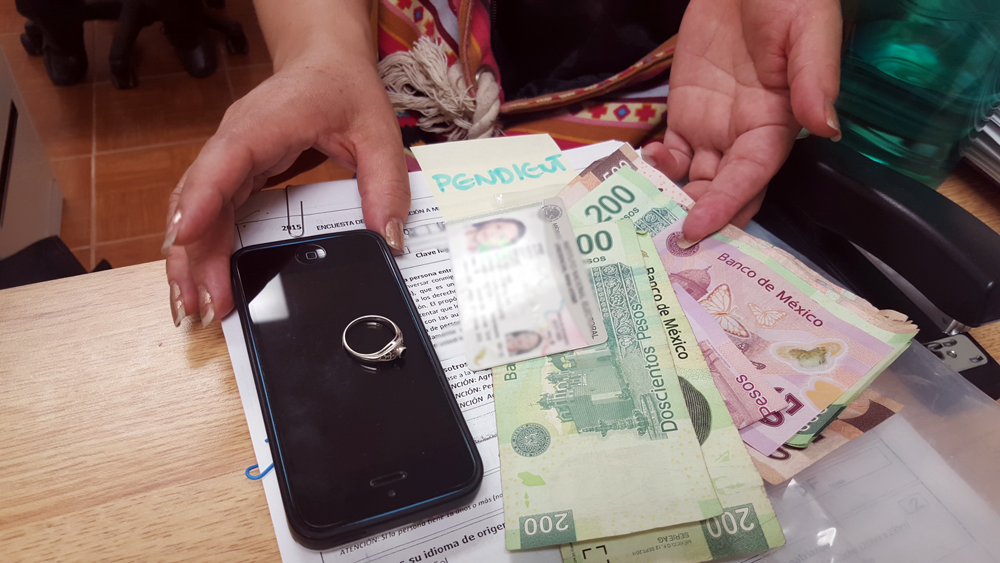 Each year, tens of thousands of individuals are deported from the United States to Mexico without their personal belongings—including their identifications, money, and cell phones, among other possessions. Both U.S. Customs and Border Protection (CBP) and Immigration and Customs Enforcement (ICE) have a serious and longstanding problem with handling the personal belongings of detained migrants in their custody. Too often, some or all of a detainee’s belongings are lost, destroyed, or stolen by the immigration-enforcement agents entrusted with their care. And while efforts have been made to try to fix this problem through policy changes, those policy shifts have yet to bear fruit.

According a new report by the American Immigration Council, Deported with No Posessions: The Mishandling of Migrants’ Personal Belongings by CBP and ICE, deported detainees from Mexico are still just as likely to have their property retained and not returned as they were before DHS implemented the new policies. The Department of Homeland Security (DHS) has attempted to correct the problem of retention of belongings through two policy changes that went into effect in October 2015 and February 2016, respectively: the CBP National Standards on Transport, Escort, Detention, and Search (TEDS), and Local Repatriation Arrangements between the U.S. and Mexican governments which dictate repatriation practices in nine cities along the U.S.-Mexico border. Those policies included basic standards for the handling of detainees’ personal property. And while they both represent a step in the right direction, they have proven to be insufficient as a way to meaningfully safeguard the belongings of migrants.

The retention of belongings has very direct practical and emotional implications in the deportees’ lives, and the testimonies analyzed in the report reveal a prevailing culture of impunity in the handling of migrants’ possessions. Take for example the case of Julio, a 23-year old individual recently deported to Mexico:

When I was caught by “la migra,” [immigration officer] they threw away my clothes, my wallet, my cap, and my belt. They put away my voter ID, my money, my cell with its battery. When they created a list of my belongings, the agent did not put in the amount of money that I had with me, which was 12,440 pesos. He wrote less than that, half of that amount, 6,449. I asked him to correct it and he only crossed out the amount and wrote the correct amount with his pen. I asked him to print the receipt again so that I wouldn’t have problems later on, but he told me it was not necessary. Now I was deported with nothing. I don’t think they will ever return all the money I had with me.

The PDIB data also illustrates a relationship between the likelihood of having one’s property returned and the city of detention, which, in turn, reflects both a lack of consistency in local implementation of the national standards and the absence of any national oversight as to their implementation. In Ciudad Juárez, for instance, 69.8 percent of respondents whose belongings had been retained upon detention reported that not all of their belongings were returned. Finally, the data spotlights the all-too-common loss of critical belongings such as cash, identification cards, cell phones, and clothing. Loss of these items can leave newly deported migrants stranded in unfamiliar and possibly dangerous cities with no means of buying a bus ticket home, calling for help, securing government services, or staying warm in frigid temperatures.

Ideally, a detainee’s belongings would follow him or her from the time of apprehension to the time of removal or release. Leaving deported migrants without the ability to prove their identity in their own country or to buy a bus ticket to their hometown is unnecessary, readily avoidable, and a fundamental violation of their constitutional and other legal rights. To DHS’s credit, the agency has recognized that there is a serious problem with the current system used to keep track of the belongings of migrants who are detained at the U.S.-Mexico border and subsequently deported, and it has tried to institute two policy fixes to the problem. Now it is time for the agency to ensure an effective and consistent implementation of the national standards on the ground.