By Eliminating the Polygraph Test, Corruption among Border Agencies Could Run Rampant 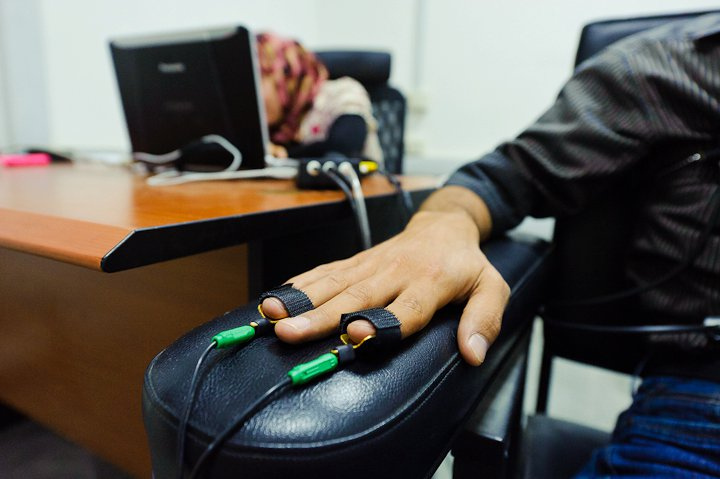 The House and Senate Homeland Security Committees took action this month on two nearly identical bills that seek to fast-track the hiring of Customs and Border Protection (CBP) Officers and Agents by weakening CBP hiring standards. If passed, these bills would eliminate critical polygraph requirements that are widely used in federal law enforcement, a measure that would likely repeat the errors of the past and lead to corruption and abuse within the agency.

The Anti-Border Corruption Reauthorization Act (H.R.2213), passed by the House Homeland Security Committee, and the Senate Boots on the Border Act (S. 595), passed by the Senate Homeland Security and Governmental Affairs Committee, would no longer require all new CBP agents and officers to pass a polygraph test. Without this requirement in place, President Trump could more easily fulfill his promise to hire 5,000 additional Border Patrol agents.

The bills threaten to repeat recent history. When Border Patrol saw their numbers double from Fiscal Year (FY) 2003 to 2016, with an additional 8,000 agents added between 2006 and 2009, serious problems related to corruption and abuse within the agency followed this spike in hiring.

According to a new paper by Professor Josiah Heyman, “the number of employees arrested for misconduct [during the Border Patrol hiring surge], such as civil rights violations or off-duty crimes like domestic violence, grew each year between 2007 and 2012, reaching 336, a 44 percent increase.” Heyman adds that “Over the last 10 years, almost 200 employees and contract workers of the Department of Homeland Security have taken nearly $15 million in bribes while being paid to protect the nation’s borders and enforce immigration laws.”

The widespread recruitment problems resulting from the 2006-2009 Border Patrol growth spurt led to important reforms in CBP, including the Anti-Border Corruption Act of 2010. The added measures include mandatory polygraph testing, which in many cases revealed CBP applicants’ troubling backgrounds, including “10 applicants believed to have links to organized crime who had received sophisticated training on how to defeat the polygraph exam.”

According to other recent reports, two-thirds of Border Patrol applicants failed the test; a somewhat higher percentage (40 percent) passed previously, according to a 2012 Government Accountability Office (GAO) study. DHS’ own CBP Integrity Advisory Panel of outside law enforcement experts concluded in 2015 that “there is data indicating that arrests for corruption of CBP personnel far exceed, on a per capita basis, such arrests at other federal law enforcement agencies.”

The next step for both of these bills is to potentially go to the House and Senate floor for consideration.

Instead of taking short-cuts that would increase corruption and abuse, Congress should focus on improving its accountability and transparency. Watering down CBP hiring standards through polygraph loopholes is dangerous and would lead to employing CBP officers and agents who harm national security by compromising the largest law enforcement agency in the country.