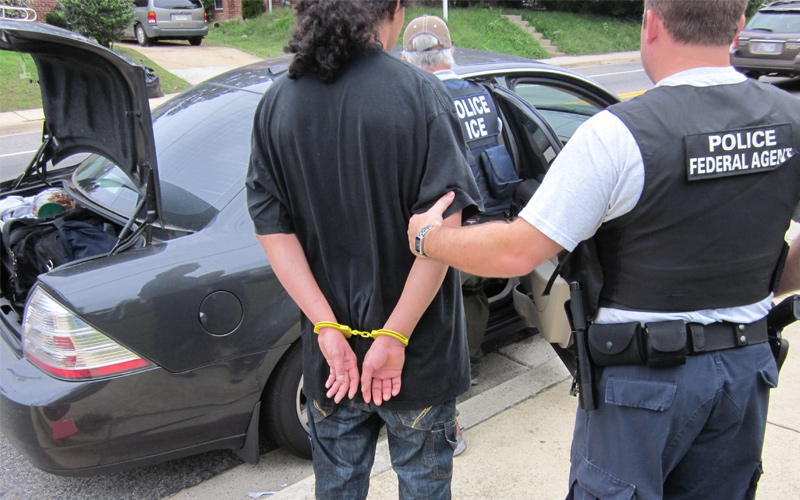 Immigrations and Customs Enforcement (ICE) has reportedly begun targeting undocumented parents and guardians who allegedly paid human smugglers to bring their children to the United States to escape violence and death in their home countries.

A recent two-month sweep conducted by ICE resulted in the arrest of at least 400 individuals.

However, despite their stated purpose of rounding up parents who colluded with human smugglers to bring their children to safety, a media report states that “the vast majority of those arrested have been hit with civil and criminal immigration violations. Only a handful were charged with federal smuggling crimes.”

In essence, the sweeps involve ICE targeting immigrant families by using their children as bait.

The recent arrests are a result of the February 2017 Department of Homeland Security (DHS) memo in which then-DHS Secretary John Kelly called for the criminal prosecution of undocumented parents and other family members of immigrant children.

The memo directed DHS officials to “ensure the proper enforcement of our immigration laws against any individual who – directly or indirectly – facilitates the illegal smuggling or trafficking of an alien child into the United States.”

According to Kelly, proper enforcement can include placing any such undocumented person into deportation proceedings or referring them for criminal prosecution.

In June, an ICE spokesperson confirmed that arrests had begun, describing the operation as a “surge initiative focused on the identification and arrest of individuals involved in illicit human smuggling operations, to include sponsors who have paid criminal organizations to smuggle children into the United States.”

Meanwhile, reports from the field are confirming such arrests have been scattered.

One source in June stated that “about a dozen arrests have been documented by lawyers and case workers so far, including in Pennsylvania, Virginia, New York and Texas.”

These actions come at a high price to children. Parents who may have made the difficult choice to have their child migrate to the U.S. to avoid life-threatening violence or gang recruitment may now be too afraid to come forward and claim their children from federal custody, which would result in these children languishing in government-run shelters or being placed in long-term foster care. Meanwhile, when a parent is detained, the effects can be devastating for a child’s mental welfare, and make it even more difficult for the child to successfully seek immigration relief.

These recent arrests likewise raise a host of legal and ethical concerns and signal – yet again – the administration’s willingness to punish asylum-seeking children and their families in the cruelest way possible, all in the name of enforcement.