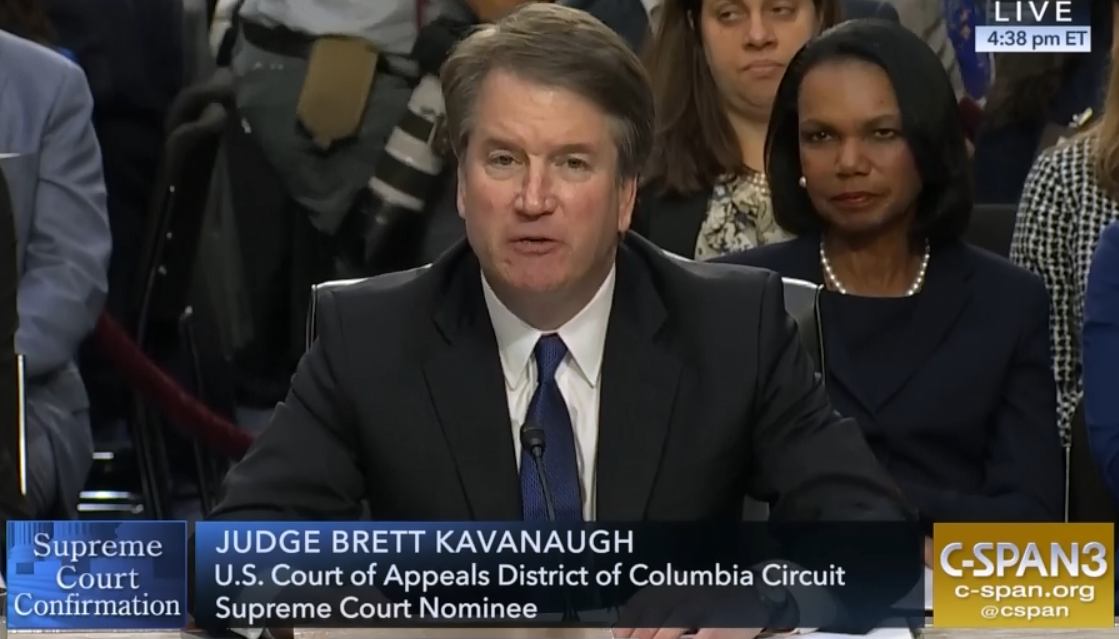 President Trump’s nominee to replace Justice Anthony Kennedy on the Supreme Court—D.C. Circuit Judge Brett Kavanaugh—appears in front of the Senate Judiciary Committee this week to answer questions about his judicial record and temperament.  During multiple days of hearings, senators are expected to ask him about his position on everything from abortion to gun rights, interrogating his long record of decisions and speeches. However, many of Kavanaugh’s views on immigration remain unknown.

In 2008, Kavanaugh issued his first major dissent in a case involving immigrants. In Agri Processing Co. Inc, v. National Labor Relations Board, Kavanaugh declared that undocumented immigrants should not be entitled to labor-law protections because they were not legally permitted to be “employees.”

Even though the Supreme Court had years before declared that undocumented immigrants were “employees” for the purposes of labor law, Kavanaugh argued that a 1986 law making it a crime to employ undocumented immigrants had implicitly overruled the Supreme Court. The majority on the D.C. Circuit called his reasoning illogical and accused him of misapplying principles of statutory interpretation.

Next, in 2014, Kavanaugh wrote a dissenting opinion in Fogo de Chao Holdings Inc. v. U.S. Department of Homeland Security. In that case, Washington, DC restaurant Fogo de Chao applied for an L-1 visa to bring a chef from Brazil to the United States. Fogo de Chao argued that the chef had “specialized knowledge” in churrascaria cooking and methods, a form of Brazilian barbecue that the restaurant is known for.

The government initially denied the chef’s visa. In overturning the denial, the D.C. Circuit criticized the government’s “wooden refusal” to consider that specialized knowledge might come from a person’s upbringing, family, and community tradition.

However, Judge Kavanaugh dissented strongly. He framed the dispute as simply about the restaurant “want[ing] to employ Brazilian chefs rather than American chefs,” and suggested that hiring such chefs was just trying to “cut labor costs masquerading as specialized knowledge.”

He strongly condemned the court’s decision, arguing that “mere economic expediency does not authorize an employer to displace American workers for foreign workers.” This quote in particular has led many anti-immigrant organizations, including Federation for American Immigration Reform (FAIR), to support his nomination.

Finally, Judge Kavanaugh dissented in the 2017 case of Garza v. Hargan, in which an undocumented teenager sued the Department of Health and Human Services Office of Refugee Resettlement for preventing her from obtaining an abortion. He accused the majority of a “radical” expansion of the law, suggesting that the D.C Circuit had created a “new right for unlawful immigrant minors in U.S. government detention to obtain immediate abortion on demand.”

Because these three dissents were all in different areas of law, his decisions against the immigrants involved don’t necessarily establish a pattern of anti-immigrant sentiment. In the next few years, the Supreme Court is likely to hear yet another challenge to DACA, as well as new challenges to Trump’s immigration executive actions and ongoing challenges to the constitutionality of mandatory detention.

As a result, as hearings continue over the next two days, senators should make sure to put him on the record about the many important immigration issues that he is likely to face.