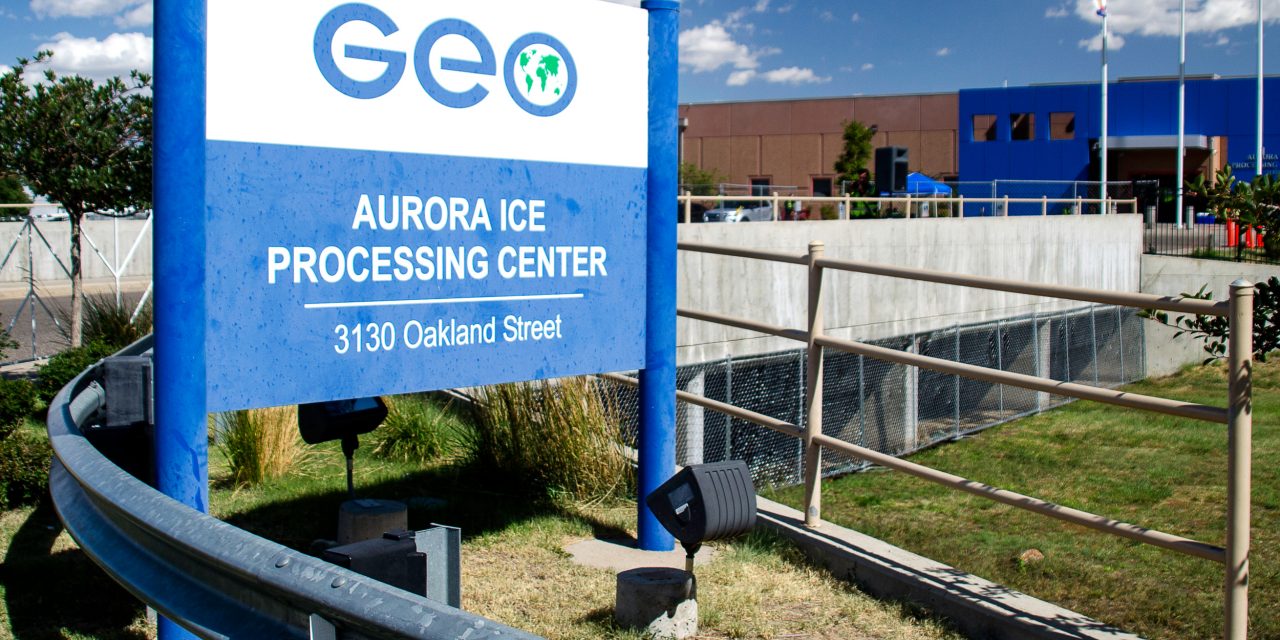 A recent federal court ruling in California could allow hundreds of thousands of immigrants currently and previously detained by private prison companies to demand compensation and damages for work completed behind bars under threat of retaliation.

The decision follows a series of lawsuits filed against GEO Group, the largest private prison corporation in the United States. The outcome of this lawsuit could apply to the more than 10,000 people currently detained in GEO-run immigration detention centers, and many more who have since been released or deported. U.S. Immigration and Customs Enforcement (ICE) contracts with GEO to run detention centers around the country.

The plaintiffs in the lawsuit were forced to participate in a work program while detained in the Adelanto Detention Facility (Adelanto) and other GEO-run facilities. They claim that the “Voluntary Work Program” in which they participated was in fact not voluntary.

They allege that GEO purposefully deprived them of food, water, and hygiene supplies so they would have to work to purchase them at the detention center’s commissary. Those who refused to participate in the program were threatened with solitary confinement, use of force, and legal repercussions. They also say that some people felt pressured to work for free to earn one of the limited paid positions.

The lawsuit, Raul Novoa v. the GEO Group, challenges the work program under California’s minimum wage law and the federal and state Trafficking Victims Protection Acts. The lawsuit argues that people who participated in the voluntary work program worked as employees for GEO Group. The company would have otherwise needed to hire more staff to do tasks that including cooking, cleaning, and clerical work.

ICE detention standards protect those in its custody from being required to perform work beyond “personal housekeeping,” defined as making one’s bed and keeping belongings organized. The Adelanto Supplemental Detainee Handbook states that failing to do so constitutes a “high moderate” offense and can result in “disciplinary restriction up to 72 hours” or criminal prosecution.

The plaintiffs claim that GEO employees forced people to clean “walls, bathrooms, showers, toilets, microwaves, furniture, windows, and floors.” One man recalls getting locked in a room for hours after he refused a guard’s orders to immediately clean an intake room where he had just signed his deportation paperwork.

Those who refused to do the extra cleaning allegedly received a range of punishments. These included solitary confinement, being pepper sprayed, loss of telephone and recreation time, and use of force.

Voluntary work programs started in 1978 when Congress funded them through an appropriations bill. Participants in Adelanto receive $1 a day, often for working 8 hours or longer. The $1 per day rate is set by the government, but a judge has ruled that private corporations can supplement it with their own funds.

By one estimate, GEO’s savings from this free labor account for one quarter of its net profits. Because of the availability of free labor, in some facilities the company does not hire outside staff at all for certain positions, such as janitorial or cooking staff. Some question whether detention centers would be able to make a profit if they were not allowed to continue the work programs.

Companies should not be allowed to continue to profit from this forced labor.

Three similar lawsuits are pending against GEO Group and five against CoreCivic, the next largest prison corporation. Decisions in these cases could determine the future of private immigration detention. Alternatives to detention are much more cost-effective and lead to high rates of court attendance.