How the Biden Administration Is Responding to Unaccompanied Children, Families, and Adults at the Border 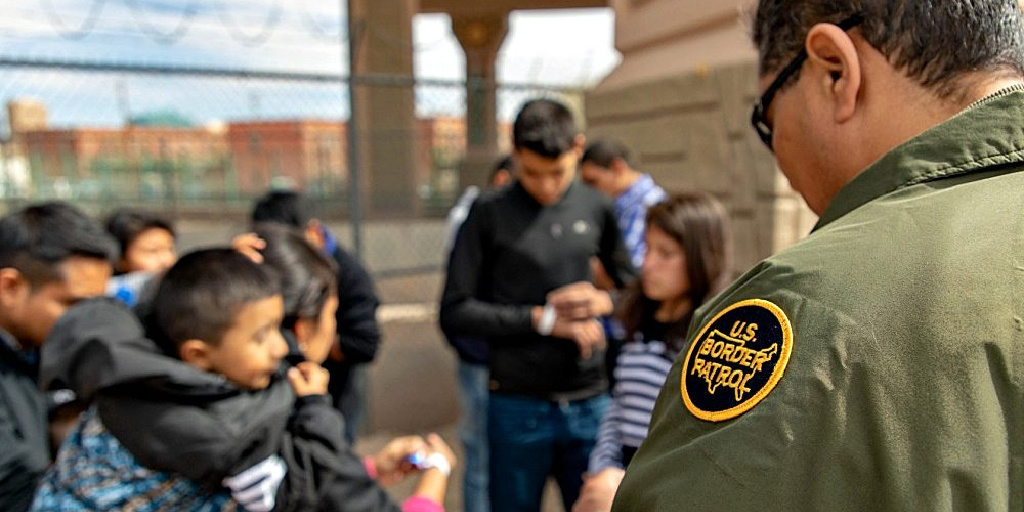 Only days after President Biden took office, some people were already declaring that the border was in a state of crisis. But recently released U.S. Customs and Border Protection statistics reveal that the truth is more complicated.

The Biden administration is dealing with two very different phenomena at the border right now. One is driving headlines about a surge in adults; the other on the treatment of children.

The Arrival of Single Adults at the Border

Beginning last spring, after lockdowns lifted across Mexico and Central America, tens of thousands of single adults began coming to the U.S.-Mexico border. Under a policy put in place by the Trump administration known as “Title 42,” individuals who cross the border between ports of entry were rapidly expelled back to Mexico or placed on a plane and sent to their home country.

These rapid expulsions created a situation where single adults—who didn’t have to worry about the health and safety of a child with them—could attempt to cross the border repeatedly. In December 2020 alone, the Border Patrol apprehended single adults over 62,000 times (many of them the same people). This was the highest level since 1999.

The number of single adults coming to the border has continued to increase since then, making up 67% of all border apprehensions since January. In March, the Border Patrol apprehended single adults 96,628 times. Nearly all were expelled back to Mexico—even those hoping to seek asylum.

Single adults do not represent the same kind of processing difficulties as families and children, in part because the Border Patrol was created generations ago for this exact purpose.

The Arrival of Families and Unaccompanied Children

At the same time, a different phenomenon has been occurring with families and unaccompanied children. Though the number of asylum-seeking families and children coming to the border had begun growing last year, that number has skyrocketed since January.

The arrival of record numbers of unaccompanied children has continued to prove an enormous humanitarian challenge for the Biden administration. President Biden has committed to not restoring the Trump-era policy of expelling unaccompanied children, which was blocked in court last November.

In response, the Biden administration has worked to rapidly expand the capacity of the Office of Refugee Resettlement through the creation of new “emergency influx shelters.” This strategy seems to be having a positive impact, with the number of children in Border Patrol custody beginning to drop through the first weeks of April.

While the number of unaccompanied children reached record highs last month, the number of families seeking asylum remains just below 2019 levels. However, unlike in spring 2019, when nearly all families were allowed into the United States to seek asylum, many families are now being turned away.

Thus, despite Biden’s promise to restore asylum at the border, far fewer families have so far been permitted to seek asylum today than under the Trump administration in 2019. Only 35,559 families were processed under normal immigration law in March, compared to 53,204 families in March 2019.

The Biden administration has said that it intended to restore access to asylum at the southern border in the short-term and to reduce the need to migrate by building regional support in Central America in the long-term.

But in the meantime, the administration should recognize that families are not a threat. We can welcome them in a safe and orderly manner without sending them back to danger. Now that the Biden administration has turned the corner on unaccompanied children, it’s time for them to restore protections for families.