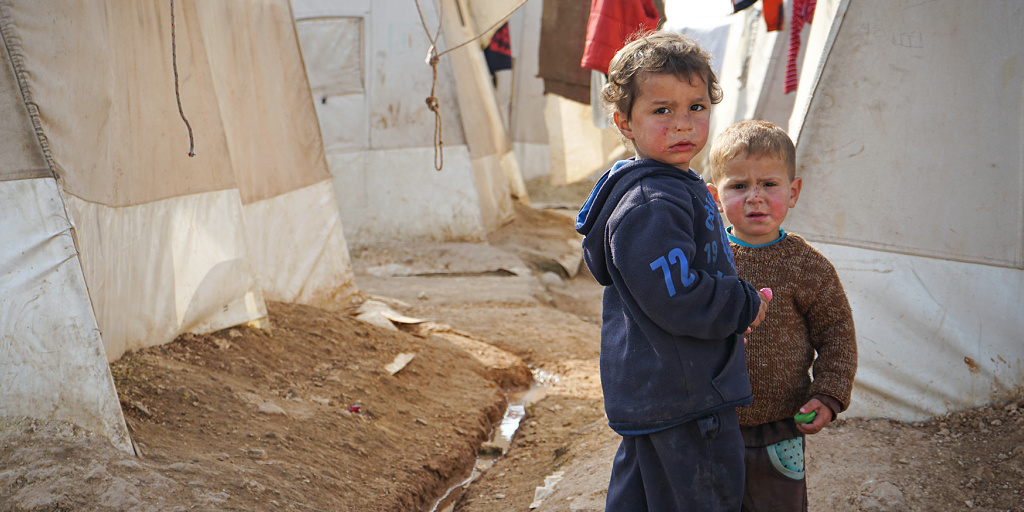 Throughout his presidential campaign and after the election, Joe Biden repeatedly condemned President Trump’s decision to slash the U.S. refugee admissions level to its lowest in history. He  promised to raise the number of refugees admitted to 125,000 a year.

But on April 16, President Biden instead signed a new refugee determination keeping in place Trump’s 15,000 cap on refugees for the rest of the fiscal year, the lowest level in the history of the U.S. refugee resettlement program. This decision was the first major promise on immigration that Biden appeared to break.

Biden did, however, lift several discriminatory restrictions on the refugee program that had blocked many refugees from the Middle East and Africa. And after refugee groups and members of Congress condemned the administration’s decision, the White House seemingly walked back its original announcement, saying that “We expect the President to set a final, increased refugee cap for the remainder of this fiscal year by May 15.”

The U.S. Refugee Resettlement Program, established decades ago, requires the president to sign a “Presidential Determination” each year setting the number of refugees that will be resettled. In President Obama’s last term, that level was set at 110,000 for fiscal year 2017. Trump lowered the level to 50,000 immediately on taking office, then cut the level each year after that. It plummeted to a historic low of 15,000 for fiscal year 2021, which runs from October 1, 2020 to September 30, 2021. In total, just 2,050 refugees have been resettled through the first half of the fiscal year.

After taking office, President Biden on February 4 signed an executive order calling on the government to rebuild the refugee resettlement program that Trump devastated. On February 12, his administration formally reported to Congress that it would raise the refugee cap to 62,500 for the rest of fiscal year 2021. The State Department declared that “a revised target of 62,500 [refugees] is proposed and is justified by grave humanitarian concerns and is in the national interest.”

But despite this declaration, the Biden administration did not sign a new presidential determination to raise the cap. As a result of the delay, the State Department was forced to cancel hundreds of flights for new refugees which had been booked in anticipation of Biden signing the new determination.

After two months passed without a new determination, refugee resettlement organizations increased their pressure on the Biden administration. The organizations said that they were ready and able to take more refugees. When asked last week, Press Secretary Jen Psaki insisted that Biden would still raise the refugee cap.

When Biden signed the new determination on Friday, he did not raise the cap from the record low level set by Trump. White House National Security Advisor Jake Sullivan claimed on Twitter that the decision was motivated by a need to “rebuild” the refugee resettlement program before raising the cap.

However, anonymous sources told reporters the real reason that Biden didn’t increase the cap was political, because of the ongoing situation at the border and fears that Americans and the GOP would falsely conflate the two issues.

Another anonymous official said that Biden didn’t want to appear “soft” on refugees given the current rise in asylum seekers at the border. This is despite the fact that the asylum and refugee programs are entirely separate and refugees are vetted for years before being allowed to enter.

As Biden himself has repeatedly acknowledged in the past, the refugee resettlement program enjoys wide bipartisan support and helps this nation live up to its values. While the administration remains publicly committed to rebuilding the program, today’s broken promise makes that goal harder.