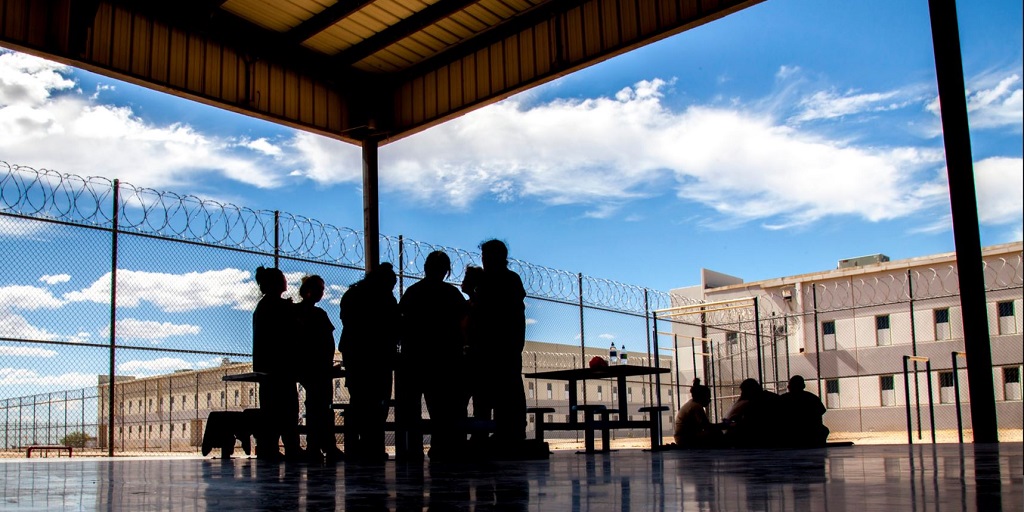 A new Illinois law limiting U.S. Immigration and Customs Enforcement (ICE) detention is expected to effectively end detention in the state by next year. The law goes further than those that have limited detention in other states.

On August 2, Illinois Governor J.B. Pritzker signed SB 667, known as the Illinois Way Forward Act. The law prohibits local governments from signing new contracts with ICE and requires existing contracts to end by 2022. All three detention centers in Illinois are county jails that contract beds to ICE, which will no longer be allowed. The law still permits ICE to operate its own detention centers, but it does not currently have any in the state.

ICE uses several types of contracts to detain the tens of thousands of people in its custody around the country. Most people in ICE detention are held in facilities owned by private prison companies or local governments. ICE owns a small number of facilities directly.

Other states have taken steps to end detention but will do so on a longer timeline. In 2019, California’s AB 32 similarly ordered the phasing out of private detention. However, ICE quickly secured long-term renewals of four contracts before the bill went into effect, allowing these facilities to continue operating through 2034.

Each detention center closure is a success to be celebrated. ICE facilities of all types hold people in inhumane, dangerous conditions and prevent them from effective participation in their immigration proceedings.

In July, the Southeast Immigrant Freedom Initiative filed a complaint with serious allegations of physical abuse, racism, and retaliation on behalf of individuals previously held in ICE custody at Pine Prairie ICE Processing Center and Allen Parish Public Safety Complex, both in Louisiana. The Department of Homeland Security Office of the Inspector General also recently released a report on violations of detention standards at Adams County Correctional Center.

Illinois’ new law is an excellent step toward ending immigration detention. However, much depends on the way ICE chooses to comply with the law. ICE should use its lawful discretion to release individuals detained in Illinois so they can continue pursuing their immigration cases outside confinement—not transfer them to detention facilities in other states. Even without facility closures, ICE transfers detained individuals frequently. These transfers can make it difficult for people to stay in touch with their attorney and have been dangerous during the COVID-19 pandemic.

The national immigration detention population has soared under the Biden administration to over 25,000 people. Those who are detained experience barriers to due process, medical abuse and neglect, and inhumane conditions. The inability to social distance in detention has allowed for COVID-19 outbreaks that spread between staff and detained individuals, and into the surrounding communities.

State laws limiting detention are progress, but to truly address the program the federal government must act now. ICE must implement an effective system of releases with the aim of ending detention, replacing it with community-based case management services as needed.