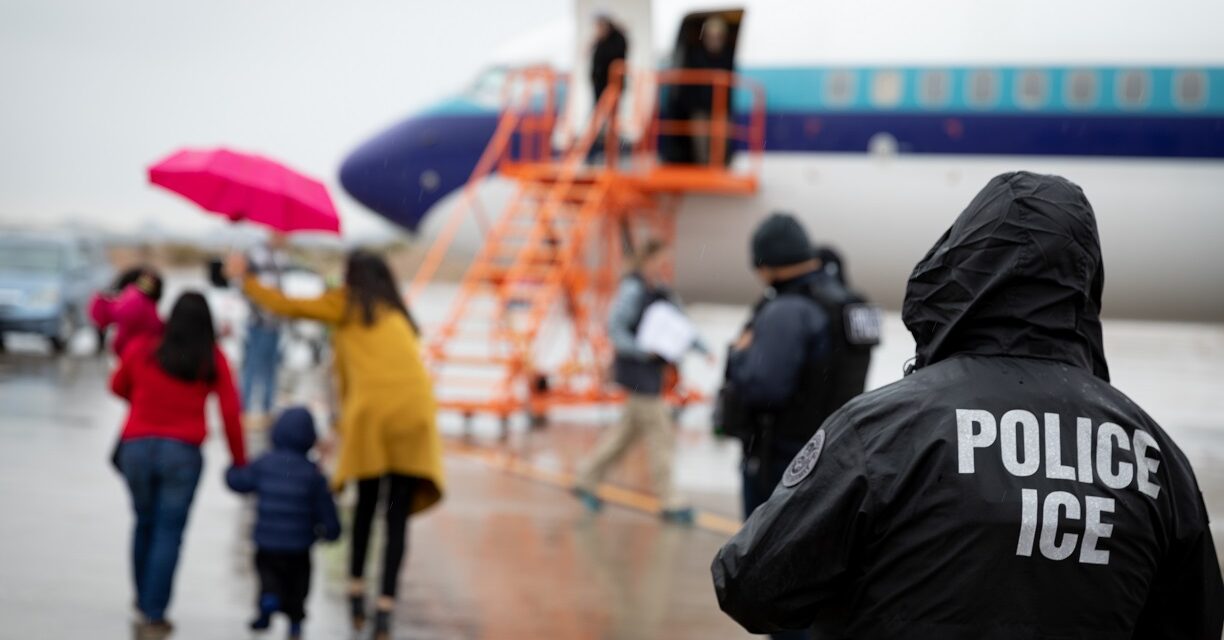 Some media outlets have reached a fever pitch over what they have deemed President Biden’s “secret flights of migrants.” They claim that the Biden administration is covertly flying migrants into communities around the country. But these flights are a regular, decades-old practice used for transporting migrants.

For generations, some migrants arriving at the border who are apprehended by the Border Patrol have been released into the United States and permitted to attend court hearings outside of detention. And the Department of Homeland Security (DHS) has occasionally assisted migrants with transportation. DHS will sometimes arrange flights to the location they will wait in before attending court or help their family members purchase plane tickets for them before they’re released. This process has occurred under Republican and Democratic presidents alike, including Bush, Obama, and Trump.

Stories of secret flights carrying migrant adults or children are often fueled by ignorance of the operation of federal immigration agencies. For example, some people have recently seized on a video of children being flown into an airport late at night in Westchester County, New York to claim that Biden is helping migrants “invade” the country. However, these flights are easily explained.

A Longstanding Process to Get Migrants to Shelters or Court

For decades, the Office of Refugee Resettlement (ORR) has had a national network of shelters for migrant children who arrive at the border. If a child arrives at the border and the only space available is a shelter far from the border, ORR will put the child on a plane rather than a multi-day bus trip. Rather than being a conspiracy, the flights are simply normal practice for ORR across multiple administrations. The shelter in Westchester has been there for years and there are even videos from 2018 of similar flights carrying migrant children into the New York area.

In recent years, ORR has also sometimes helped transport children to their family members after they get sponsored out of government custody. This common-sense measure has allowed children to get into the arms of a loved one faster than if the parent drove across the country to come pick them up. In all those cases, the child has a right to remain in the United States while they go through the court process. The government agency is simply smoothing out the process for them.

Similar situations with adult migrants have also occurred for years. U.S. Immigration and Customs Enforcement (ICE) often chooses to release some percent of people at the border or from a detention center on bond or an “alternatives to detention” program such as electronic monitoring.

If the person is being released far from their ultimate destination, then ICE will make sure the person’s sponsor (usually a family member) has bought them a plane or bus ticket so they can get to their destination in safety. Under both Obama and Trump, it was routine to see migrants being dropped off at the San Antonio bus station with Greyhound tickets. Even in 2019, during the height of Trump’s anti-asylum policies, ICE was contracting with private companies to drop migrants off at shelters.

Those who are loudly attacking the Biden administration for longstanding practices that predate his time in office are doing the public a disservice and spreading fear and xenophobia. Unfortunately, their actions are already having severe consequences.

The Dangerous Consequences of Misinformation

On January 31, right-wing activists—including Proud Boys—surrounded a hotel in Maitland, Florida after seeing a viral video of Latino men being dropped off in busses. The group believed the men had been taken there directly from the border. One member of Congress even accused the men of being undocumented immigrants (in harsher terms) and demanded that Florida Governor Ron DeSantis arrest them all.

In fact, the men were farmworkers on H-2A visas, legally in the United States to pick crops and help feed Americans. Those who had called for their deportations apparently presumed they were undocumented immigrants because they were Latino—nothing else. This kind of dangerous situation occurs when political leaders mislead and spread xenophobia and misinformation.

Migrants arriving at the border have the right to seek asylum. And for decades, that right has often been exercised after a person leaves detention and is allowed to reside in the United States during their court process. And while they go through that court process, they are residing legally in the United States and have the right to live where they want, unless ICE has set restrictions on their movement.

There is nothing nefarious or illegal about the government helping people get to their ultimate destination to await court hearings, nor is there anything secret about ORR bringing children from the border to a shelter. Before embracing fear and xenophobia, those clamoring about secret flights and a migrant invasion should take the time to educate themselves on the basic operation of immigration law.