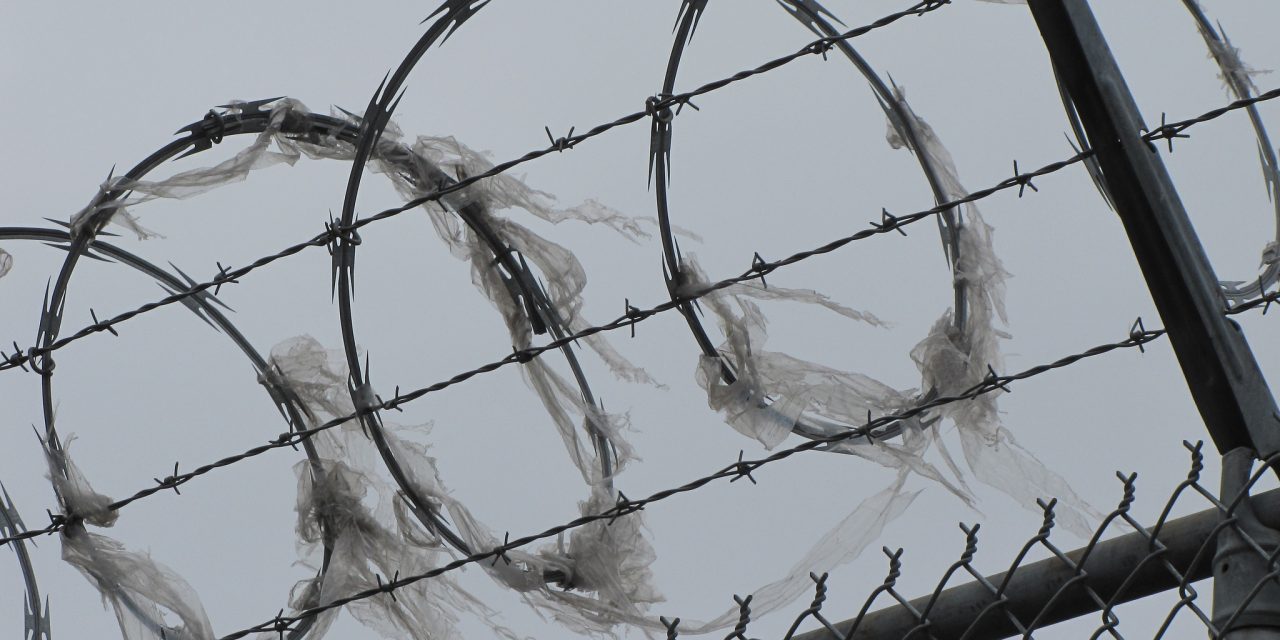 According to OIG, its unannounced inspection in early February revealed critical staffing shortages, poor sanitation, and security lapses throughout the facility. Despite the grave warning, ICE rejected OIG’s conclusions, accused the watchdog of fabricating evidence, and has refused to remove people from the detention center.

The OIG report is the latest in a long list of examples of the harms created by the mass jailing of thousands of immigrants. But this investigation—and the government’s response—show that various oversight mechanisms in place are often insufficient. Conditions for people held in immigration custody remain horrific despite previous watchdog reports.

The Torrance detention center is owned and operated for ICE by CoreCivic, one of the nation’s largest for-profit private prison companies, and currently houses less than 100 male noncitizens. Before the outbreak of COVID, it held hundreds more.

During the inspection, OIG found that Torrance was only at 54% of full staffing, with 112 vacancies throughout the facility. These staffing shortages left posts unmanned and immigrants without any way to contact a guard if an emergency occurred.

OIG also observed that 53% of cells (83 out of 157) had plumbing problems, such as being inoperable, clogged, or constantly running water. Because of these problems, people were forced to drink water from communal sinks meant for mop buckets. OIG also found extensive mold growths and water leaks throughout the facility.

A long history of mistreatment

This is not the first time Torrance has failed a government inspection. A private contractor that inspects ICE facilities—The Nakamoto Group—visited Torrance from July 27 through 29 last year and found 22 deficiencies in the conditions under which people were held, including “severe understaffing” and “safety and sanitation concerns with how food was prepared and presented.”

Similar issues have been raised by advocates and elected officials.

On November 23, 2021, a number of immigrant rights organizations filed an administrative complaint highlighting similar poor conditions within the facility, in addition to restrictive limitations on non-citizens’ ability to consult with attorneys.

And on December 16, 2021, members of New Mexico’s congressional delegation sent a letter to DHS, ICE, and CoreCivic calling on DHS to conduct increased oversight of CoreCivic’s management of the facility. The groups also asked for the implementation of remedial measures to address the mistreatment and limitations on accessing counsel for individuals held in the facility.

Despite these calls, ICE and CoreCivic have demonstrated little willingness to change.

Oversight efforts have been unsuccessful

In its March 16 report, OIG found the conditions within the facility to be so severe that it recommended “that the Acting Director of ICE immediately relocate all” noncitizens being held at the Torrance County Detention Facility and place no one there “unless and until the facility ensures adequate staffing and appropriate living conditions.”

Even though this is not the first time that many of the issues in the OIG report have been presented to ICE, the agency disagreed with OIG’s recommendation. ICE disputed the management alert overall and implied that the report was politically driven, stating that OIG “ignored facts presented to it in order to achieve preconceived conclusions.”

Similarly, CoreCivic stated that “this deliberate effort to falsely portray our company and this facility in a negative light is even more disturbing because it was done under the guise of legitimate oversight,” refusing to address the underlying issues and instead attacking OIG and its staff.

These responses are indicative of concerns that many advocates have raise in recent years—namely that ICE oversight mechanisms haven’t led to meaningful change within the agency. And unless DHS or the White House intervene, it is unlikely that ICE will change course in Torrance.

Where do we go from here?

President Biden committed to ending for-profit immigration detention while on the campaign trail, but he has yet to take meaningful steps to implement this critical change. Immediately closing this and other for-profit facilities that have been cited for failing to meet the government’s own already low detention standards would be a meaningful first step in beginning to meet this commitment. People currently held in Torrance should be released—and not simply transferred to another ICE facility.

Congress should also finally begin to grapple with the consequences of mass detention in our immigration system. The various oversight and accountability mechanisms created in recent years have proven to be no match for institutional resistance within ICE. It is time for us to shift away from immigration detention and to find a new way forward that both meets the government’s interest in making sure that people appear for their hearings while also reducing the harms to individuals and families impacted by our removal system.

Allowing corporations to profit from jailing people in poor conditions is a horrific practice that must finally come to an end.

FILED UNDER: Immigration and Customs Enforcement, Office of Inspector General