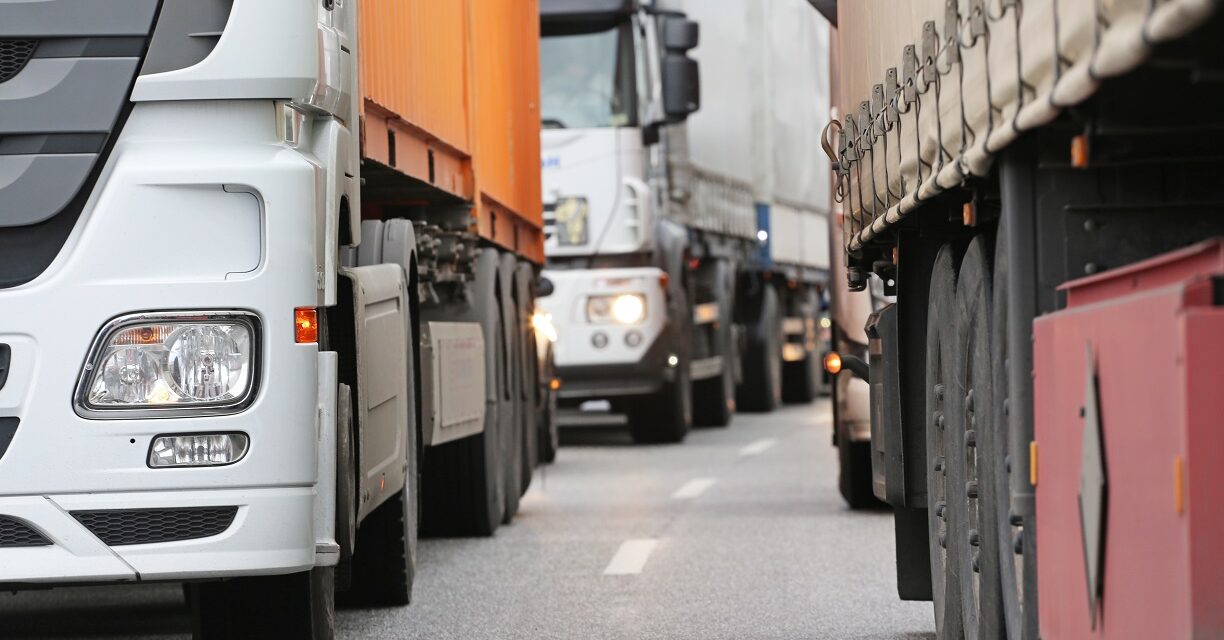 Less than a week after the Biden Administration announced the impending end to the COVID-era Title 42 border policy, Texas Governor Greg Abbott escalated his ongoing political fight with the Biden administration over its handling of the border.

On April 6, Governor Abbott directed the Texas Department of Public Safety (DPS) to “conduct enhanced safety inspections of vehicles as they cross international ports of entry into Texas,” effective immediately.

Abbott’s plan called for every truck to be stopped to “curtail the flow of drugs, human traffickers, illegal immigrants, weapons, and other contraband into Texas.” But the plan had a major flaw.

Since U.S. Customs and Border Protection (CBP) is already tasked with inspecting incoming traffic through the ports of entry, Texas DPS could only conduct mechanical safety inspections after vehicles had already passed through the CBP stations. While the order did not lead to any drug seizures or apprehensions, it did have one obvious consequence: bringing truck commerce across the border to a near-halt.

Within days of the governor’s order going into effect, cross-border traffic plummeted to a third of normal levels. Millions of dollars of produce bound for grocery shelves spoiled in stranded trucks, some of which were forced to wait for over a day to cross into the United States. In response, Mexican truckers protested by shutting down traffic from the United States into Mexico, effectively closing the border in both directions.

The downstream consequences went far beyond just those trucks. In 2017, Texas land ports processed 235,288 truckloads of produce; in just three years that number was expected to increase to 338,716 accounting for an estimated total economic output of over $1.2B and more than 11,000 jobs for Texas alone. Disruptions at the border disrupt local economies and job opportunities across the state.

The business community reacted immediately, urging Governor Abbott to work with the federal government for a solution. The Texas Trucking Association, which endorsed Abbott for reelection in February, called the initiative “redundant” and one that “will be felt by consumers as the price of goods increase across the country.”

The Texas International Produce Association (TIPA), a member of Texans for Economic Growth (TEG)–a coalition of more than 125 business leaders who support commonsense federal immigration reforms–sent Governor Abbott a letter explaining the substantial cost of the unnecessary enforcement: “This is destroying our business and the reputation of Texas. I foresee companies making plans to move their business to New Mexico and Arizona.”

This letter hit Abbott’s inbox as trucks chose to take 20-hour detours to avoid the Texas fiasco. In an update this week, TIPA reiterated that Texas crosses almost $30M of fresh produce every day, with an economic impact to the state of $3.7M each day.

While some produce did cross, it is safe to assume that much of the $240M did not cross and was ultimately destroyed. “The fresh produce industry suffered unrecoverable losses of hundreds of millions of dollars during the eight days of Abbott’s vehicle inspection program. And contrary to popular belief, most (if not all) of that produce was uninsured against this incident. It will take these companies years to recover from these losses,” said TIPA CEO and president Dante Galeazzi.

Another TEG member, and economist Ray Perryman, president and CEO of the Perryman Group, told the Dallas Morning News that Texas lost an estimated $477M per day during Abbott’s enhanced safety checks.

By April 15, Abbott ended the inspections after reaching MOUs with the four Mexican border governors, though only one of the agreements included new security measures, which was with Nuevo León and consisted of additional checkpoints. The other three “deals” with Chihuahua, Coahuila, and Tamaulipas were simply to continue the measures in place prior to Abbott’s actions. However, Abbott threatened that he would reimpose these severe measures if the Mexican government didn’t address migration.

Josh Mejia, chief economic development for the city of Brownsville summed it up best: “We can always improve security, but let’s not aggravate perceptions for folks who have never been to the U.S.-Mexico border before,” Mejia said. “The U.S.-Mexico border is key for the Texas economy and the U.S. economy, and when we have these perceptions of the border being unsafe, that tends to hinder our growth.”

In addition to the duplicative border inspections, Abbott also directed the Texas Division of Emergency Management to coordinate the voluntary transportation of migrants that have been processed and released by DHS to Washington, D.C. to “punish” the Biden administration. Governor Abbott claims the administration does not have a plan for an anticipated surge of migrants when Title 42 ends.

Contrary to Abbott’s statement, DHS does have a plan for the end of Title 42, which includes resources to process migrants without massive overcrowding, surging resources to the Border Patrol, and working collaboratively with NGOs along the border. But it is clear that Governor Abbott is more concerned with publicity stunts than engaging with the federal government for solutions that will benefit everyone.

Abbott’s actions this month succeeded in putting Texas in the center of the national news cycle, but it also came with enormous economic consequences for his own constituents and the continued use of migrants as political pawns.