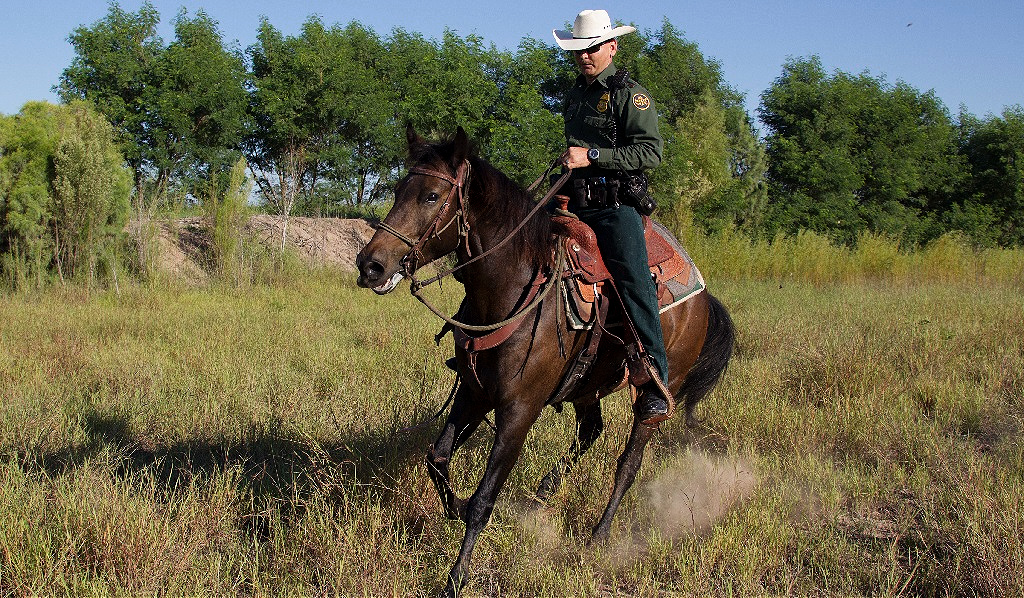 U.S. Customs and Border Protection (CBP) has concluded in a new report that Border Patrol agents on horseback did engage in the “unnecessary use of force” against Haitian migrants entering the United States near Del Rio, Texas, on September 19, 2021.

However, CBP denied allegations that some of its agents had whipped migrants with the reins on their horses. The agency reached this conclusion without interviewing any migrants who were involved in, or may have witnessed, the incident in question. The CBP report was released on July 8 by the agency’s Office of Professional Responsibility.

The report describes a brief period in September when thousands of Haitian migrants seeking refuge crossed the Rio Grande into the United States. Haiti had recently experienced a devastating earthquake and the assassination of its president, leaving the country in a state of economic and political collapse. In addition, nearly 100,000 Haitians who had left the country after the 2010 earthquake were being displaced from countries like Brazil and Chile where many had been temporarily residing.

Over the course of two to three days, 15,000 migrants trying to escape these grim conditions gathered in a makeshift camp under the Del Rio International Bridge after crossing the Rio Grande. Those in the camp were hoping for a chance to apply for asylum in the United States.

According to the report, the official policy of the Border Patrol on September 19 was to allow migrants in the camp to move freely back and forth across the Rio Grande to buy food, water, and other supplies in Mexico. This was because the Border Patrol reportedly did not have sufficient resources on hand to feed everyone in the camp.

Despite the official permission to cross back to Mexico for food and supplies, Border Patrol agents and Texas police officers attempted to stop any migrants from crossing into the United States near a boat ramp on the U.S. side of the border for about 30 minutes. During this incident, mounted Border Patrol agents chased many of the migrants who were either already gathered by the boat ramp or attempting to cross the river at that location and forced them back into the water.

The report blames the events of September 19 on “a lack of command, control, and communications” among the Border Patrol agents and officials who were present at the scene. The mounted Border Patrol agents who were involved in the incident were responding to a request for help from Texas police who wanted to disperse the crowd of migrants at the boat ramp. However, doing so directly conflicted with the Border Patrol’s policy of not preventing migrants in the camp from moving back and forth across the Rio Grande.

The report also concludes that there was “no evidence” Border Patrol agents struck migrants with the reins on their horses, forced any migrants to return to Mexico, or ultimately prevented any migrants from entering the United States. These conclusions are based on the photos and videos taken at the scene, interviews with Border Patrol agents and officials, and interviews with Texas police officers.

Notably absent is any mention of interviews with migrants who were subjected to or witnessed the abusive actions of Border Patrol agents. Lawyers representing some of the migrants condemned the report for CBP’s failure to interview the affected individuals and include their perspective in the investigation.

CBP has referred four of the Border Patrol agents involved in the September 19 incident to a Discipline Review Board. Unfortunately, as the report states, the Department of Homeland Security’s Office of Inspector General declined to investigate the matter only one day after it occurred. And the United States Attorney’s Office for the Western District of Texas decided in March 2022 not to prosecute any of the Border Patrol agents involved.

The new CBP report represents an attempt by the agency to hold itself only partially accountable for the actions of Border Patrol agents on September 19. A truly serious investigation of the Del Rio incident would have included interviews with the migrants who were the targets of Border Patrol abuse.