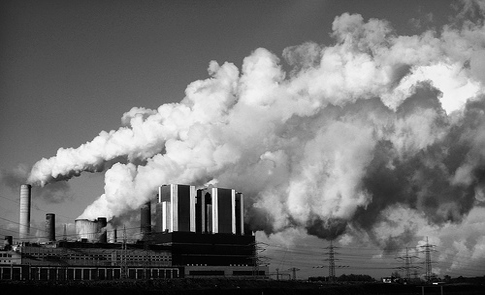 According to the anti-immigrant group, the Center for Immigration Studies (CIS), immigrants to the US are now to blame for extreme weather, rising sea levels, changing ecosystems, melting glaciers, and dying polar bears.

Forget conservation and sustainability, CIS has released yet another junk science report claiming that the key to reducing global CO2 emissions is lowering immigration levels in the US. CIS accuses environmentalists of frivolously focusing too much on energy conservation and efficiency and having “assiduously avoided the underlying issue of growing energy demand driven by immigration-fueled population growth.” Meanwhile, US government scientists say there’s insufficient evidence to draw any clear conclusion of immigration’s impact on the environment. In fact, it’s the DHS’ crude enforcement measures that have proved most environmentally destructive.

According to CIS, immigrants would ultimately produce less CO2 if they just remained in their “less-consuming, less-industrialized, and less CO2 emitting” home countries. They even admit that the average immigrant in the US produces less CO2 than the average native-born American and that legal immigrants have a much deeper impact due to their higher incomes. It would make sense then to assume that American citizens should immigrate to lower-polluting countries in order to further reduce emissions. Based on this logic, illegal immigration isn’t the problem, increased wealth and international development are.

CIS isn’t the only group to blame immigrants for environmental problems–they join the ranks of hate and restrictionist groups like the Federation for American Immigration Reform (FAIR), the American Immigration Control Foundation, and the Social Contract Press. It doesn’t take a scientist to figure out that CIS’ primary concern isn’t the environment. They’re only politicizing and exploiting the issue with shoddy research in order to feed their xenophobic agenda. In the meantime, CIS and its cronies are hastily retarding progress on both issues by distracting attention from the real solution to immigration and the global warming crisis.

Solving our environmental problems isn’t as easy as curbing immigration to the US. Suggesting that the developing world remain in poverty so they don’t increase their emissions is even more ludicrous. Ultimately, immigrants are not the problem – the US lifestyle, our systems of production and consumption and the policies that shape them are. We need real, rational solutions and leadership on environmental issues, not scapegoats.

CIS assumes that we are in a lifeboat with limited resources, and with too many people, we’ll all sink. Yet when it comes to the global warming crisis, we’ll all sink or swim together.