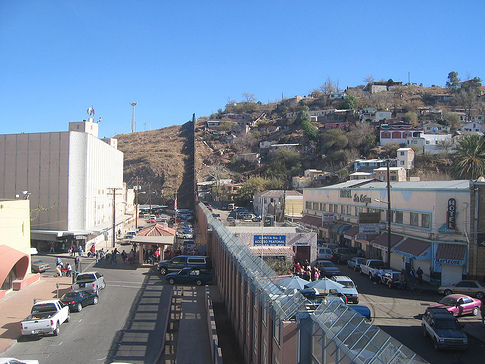 The next speaker at the NDN’s Immigration Reform and the Next Administration forum event at the DNC was Marco Lopez of Arizona, a rising star in American politics.

Lopez talked about what Arizona has had to do “creatively” to tackle the growing trend of migration from South to North, acknowledging that Arizona–as one of the fastest growing states–needs workers.

First, Arizona has partnered with Sonora, Mexico to try to stabilize illegal migration as it involves violent criminal organizations that were, in the past, using those networks to transport contraband and drugs. Arizona has partnered with the Federal Bureau of Tobacco, Alcohol and Firearms and other partners in Sonora to trace the criminal elements that are moving firearms back and forth from Arizona to Mexico. The second initiative by Arizona involves tracking fugitives who seek refuge on opposite sides of the border so they can no longer use the border as a shield from the consequences of their crimes.

Overall, Lopez emphasized the new roles and capacities that the state of Arizona has had to assume in the absence of practical immigration policies, stressing the fact that Arizona’s most important partner is Mexico.