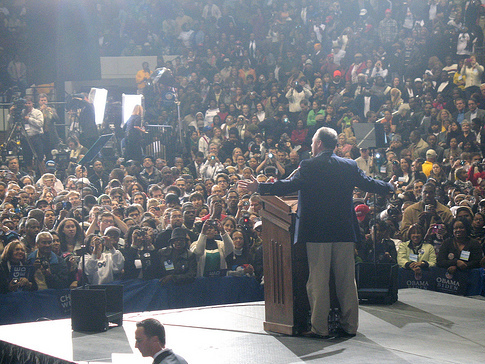 It looks like someone is getting the message that being anti-immigrant isn’t a winning strategy. The Virginia Commission on Immigration plans to send Gov. Tim Kaine 24 recommendations, “most of which would help immigrants instead of penalizing them.” The recommendations include creating an immigration assistance office, allowing more legal immigrants to qualify for health benefits, offering in-state tuition to immigrants who meet specific criteria, and increasing the number of English classes available.

The Commission will also call upon the federal government to increase the number of visas for foreign workers and pass comprehensive immigration legislation. Commission chairman Sen. John C. Watkins, a Republican from Chesterfield, echoed the frustration that states and localities are feeling across the country and stated that, “This is really a federal issue. They have pushed it down toward the states, and the time has come for them to deal with it. We have no jurisdiction.”

For years, Virginia has been known for its tough policies regarding immigrants. Towns like Herndon and Manassas, as well as Prince William and Loudon counties have made national headlines due to their anti-immigrant policies, including closing day-laborer centers and partnering with ICE to enforce immigration laws.

But now, those on both sides of the immigration debate agree that immigration is not the politically treacherous topic it was once considered to be. Latinos and New Americans helped swing the election toward Obama, and care deeply about immigration.

An analysis by America’s Voice of 21 “battleground” races for House and Senate seats found that pro-immigration-reform candidates beat enforcement-only “hardliners” in 19 of the races—meaning that the hardliners were not able to turn immigration into a winning wedge issue. Lou Barletta, the notorious mayor of Hazleton, PA-turned-Congressional- candidate and restrictionist poster child could not turn his anti-immigrant rhetoric into an electoral victory.

Demonizing and scapegoating immigrants doesn’t resolve the nation’s immigration problems and doesn’t win elections. It’s unfortunate that so many immigrants in Virginia had to wait this long for the state to figure that out.