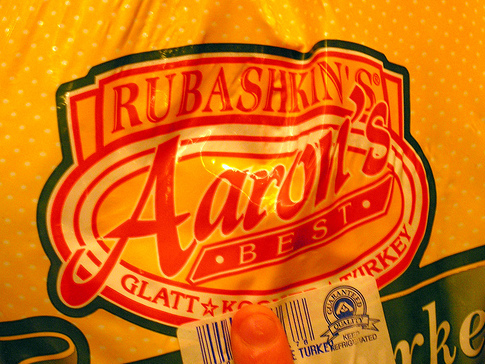 When the kosher meatpacking plant was raided by Immigration and Customs Enforcement (ICE) officials, authorities found not just undocumented workers at the plant, but child laborers, and an employer guilty of a host of crimes, including exploitation, abuse and illegal drug production.  The New York Times reported,

“Some [workers] said they worked shifts of 12 hours or more, wielding razor-edged knives and saws to slice freshly killed beef. Some worked through the night, sometimes six nights a week.”

Along with being charged with infringing immigration laws, Agriprocessors was also fined almost $10 million for wage violations.  Not only do rule-breaking employers like Agriprocessors illegally hire their employees, they also exploit vulnerable workforces and perpetuate the decline in wages and working conditions of all workers.  Meanwhile, law-abiding employers simply can’t compete with companies that hire cheap unauthorized labor. Agriprocessors shouldn’t just be facing immigration charges, it should be prosecuted to the full extent for the violation of our country’s wage and labor laws.

It’s about time the government start going after a bad-apple employer like Agriprocessors that knowingly hired and exploited undocumented workers , thinking there was little probability that it would be caught.  Yet we cannot expect to use raids to deport 12 million people, and we cannot deny honest employers the workers they need. We must bring all workers who learn English, pay taxes, and undergo background checks out of the shadows while protecting U.S. workers and businesses from the unscrupulous employers who exploit vulnerable immigrant labor at the expense of everyone living and working in this country.