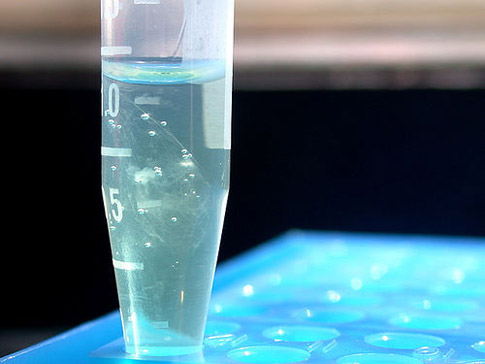 For immigrants helplessly entangled in our country’s broken immigration system, Big Brother is watching.  Last week, the Department of Justice (DOJ) issued a shocking new rule requiring federal agencies to collect DNA samples from non-U.S. persons who are detained under the authority of the U.S in a vague attempt to catch criminals.

Immigration and civil liberties groups are decrying the new rule, saying that it poses a direct threat to basic constitutional and privacy rights.  Even the European Court of Human Rights unanimously ruled that a similar British DNA policy violated privacy rights.  Previously, the federal government was authorized to collect DNA samples only from persons convicted of felonies, violent crimes, aggravated sexual abuse, or serious military offenses.  Now, considering the likelihood of legal U.S. residents and citizens getting caught up in immigration raids, it’s even possible that individuals who are legally in the U.S. with no criminal history will be subjected under this new rule to DNA testing without their consent.  According to the American Immigration Lawyers Association, the rule:

The American Civil Liberties Union (ACLU) is also saying that the new rule “turns the presumption of innocence on its head,” as the rule itself is based in the fundamental myth of immigrant criminality.  Numerous studies by independent researchers and government commissions over the past 100 years have consistently found that immigrants are less likely to commit crimes than the native-born. This holds true for both legal immigrants and the undocumented, regardless of their country of origin or level of education.  The Los Angeles Times quoted immigration lawyer and former president of the Mexican American Bar Association, Alan Diamante, saying:

“There seems to be a movement to defining anybody who’s here in the United States unlawfully as a criminal per se…A lot of these folks don’t have any crimes other than the fact that they’re here unlawfully. I see these people as innocent.”

Lastly, the coercive collection of DNA from a vulnerable population raises some serious questions about who we are as a society.  As California lawyer Geri Kahn points out:

The government describes this law as just another means of data collection – like fingerprints, but this is not quite true; DNA reveals much more. A set of fingerprints can be used to identify a person and nothing more. A DNA sample contains not just identity but also a person’s genetic make-up. It is not clear what the government would do with the knowledge of a person’s genetic make up, but is alarming that they could do a search for all people with a “gene x.” Do we want the government to have this kind of information?

Dangerous criminals must be punished, and immigrants who are dangerous criminals should not be allowed to enter the U.S. or should be deported if they already are here. But forcefully collecting the genetic information of detained immigrants will do more harm than good and won’t help much with fighting crime because-as a 100 years of evidence shows-high rates of immigration are not associated with higher rates of crime.