Questions Remain on Sedation of Deportees 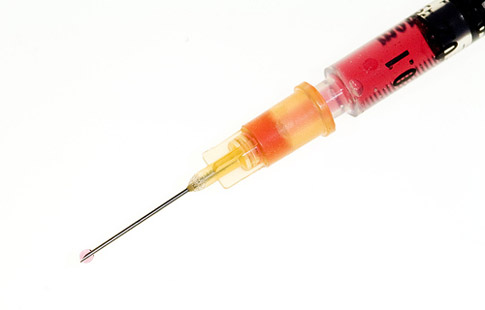 Just when you thought you heard it all when it comes to the gruesome treatment of immigrants detained by the US Immigration and Customs Enforcement (ICE), we learn that immigration staff has overseen the sedation of 384 deportees over the past six fiscal years.  ICE sedated 10 deportees in the last fiscal year alone.  But that’s not considered the news.  Recent headlines are boasting that the figure represents ICE “cutting back” on sedating deportees with Haldol-a powerful drug that’s commonly used to treat schizophrenia and such psychotic symptoms as hallucinations, delusions, and hostility.  Cutting back?

Though the reduction of ICE’s use of Haldol to sedate deportees comes as good news, the practice itself remains questionable. Even if the practice of deportee sedation is becoming more uncommon, an ACLU report revealed that deportees have complained of it being used as a threat.  And without a medical justification, involuntary chemical restraint of detainees is a violation of some international human rights codes.  Attorney Kenneth Craig Dobson wrote in his blog:

“…the fact that the drug is being used for something that may be beyond its intended purpose, can cause serious complications, and can be administered to deportees against their will makes it controversial.”

Some are claiming that race was a factor as documents show sedation was used disproportionately against Africans.  Wade Henderson, a lawyer and the president and chief executive officer of the Leadership Conference on Civil Rights told the Houston Chronicle:

“The racial dimensions add a particularly troubling dimension to what was already an unacceptable regime of choices.”

The U.S. government has ardently defended the practice of sedation, citing that medical personnel must recommend the procedure and a court order must now be obtained for it to be used.  According to a May 2008 Washington Post article, in at least one instance, ICE appeared to have violated those rules.  Last year the ACLU sued the federal government on behalf of two immigrants.  The case was quietly settled for $55,000 as the government admitted no wrongdoing or liability.

However, critics still worry about lack of oversight of the sedation process, while others go as far to say that it is outright unethical.  Scott Allen, an internist and co-founder of the Center for Prisoner Health and Human Rights in Providence, R.I., harshly criticized ICE’s actions, telling the Seattle Times:

“The medical community needs to assert itself and make clear the medical ethics of involuntary chemical restraint: It is not acceptable.”