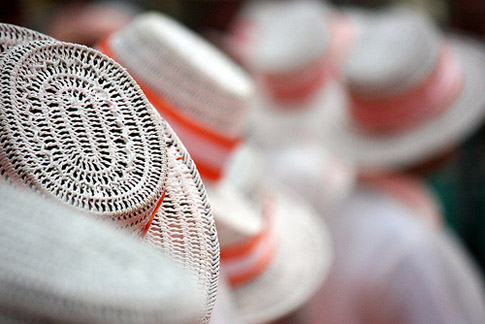 Prince William County Board of Supervisors Chairman, Corey Stewart, has been at the forefront of an anti-immigrant crusade, setting the gold standard for local law enforcement “crackdowns” on the immigrant community in the last few years. Recent shifts in the political wind, however, have conveniently blown this Virginia Republican away from his undocumented immigration crusade toward more hot ticket topics, like the economy.

Following the example of many GOP leaders who have recently softened their anti-immigration tone, Stewart, who built his ticket by cracking down on illegal immigrants as a social imperative, is now whistling another tune. According to the Washington Post, Stewart is changing his image in response to ‘plummeting home values, statewide Republican electoral defeats and widespread economic instability.’

Prince William County has long been the poster child for “get tough” immigration initiatives. Back in 2007, the board ordered police to check the residency status of anyone they detain, no matter the infraction, if they believed he/she is living in the United States illegally. A longtime opponent and reluctant enforcer of these harsh immigration policies, Prince William Police Chief Charlie T. Deane replied to Stewart’s comment about Prince William’s “reputation as a trailblazing community” and the widespread distrust of local law enforcement at a recent police academy graduation ceremony.

“I can only conclude that the decline in survey results is in response to the police department’s new role in illegal-immigration enforcement and strident expectations voiced by some that the police department do even more than the law allows,” Deane said. “In simple terms, I expect you to treat all people with respect, professionalism and dignity — regardless of their background, ethnicity, economic status, station in life or their immigration status.”

Trying on his new image, Stewart acknowledged in part his crusade against immigrants and patronized Deane with a verbal pat on the back:

“I know he has lingering angst about it,” Stewart said of the county’s immigration policy. “I can’t begrudge him that. He is a good soldier, and he is doing his job. The debate about illegal immigration is over.”

By “over,” Stewart may mean that he is now finished using the “illegal immigration debate” as a politically divisive weapon to garner public support. Even though Stewart dropped his bid for Lt. Governor this past year, longtime Latino lobbyist, Claire Guthrie Gastañaga, pointed out that illegal immigration is not a “magic carpet you can ride into office.”

Clearly other GOP leaders have received that message. Hopefully Stewart and other local vigilantes like him, such as Sheriff Joe Arpaio in Arizona, will learn once and for all that it’s politically unwise to alienate a growing voting block and that local law enforcement acting as immigration officers breeds racial profiling, community disengagement and voter backlash.