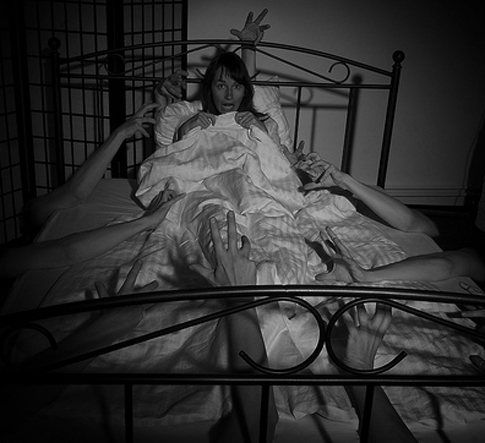 In yet another attempt to use the “t” word to promote its restrictionist agenda, the Center for Immigration Studies (CIS) has recently put out a video blurring the line between violent terrorists and hard-working immigrants who come to this country with hope — not hostility — towards the American Dream.

The video, narrated by former 9/11 Commission border counsel Janice Kephart, claims that “terrorist travel” is “indistinguishable” from undocumented immigration.  Yet it’s Kephart who fails to distinguish between terrorists and busboys entering the country. The 9/11 Report itself contradicts Kephart’s loaded comparison. In Staff Statement No. 1 Entry of the 9/11 Highjackers into the United States, the Commission’s staff detailed how the 9/11 terrorists got their visas to come here.

“The Saudi highjackers were traveling under their own names on real Saudi passports…Before 9/11 people applying for a non-immigrant visa, particularly those from wealthy countries like Saudi Arabia, were treated very differently from those trying to immigrate.”

The director of MIT’s Center for International Studies, John Tirman, also cites the 9/11 Report when pointing out that:

…Of the more than 400 U.S. prosecutions of individuals on terrorism-related charges, virtually none charged were involved in a plot against America.  “Another 500 people have been charged with immigration violations,” said a Washington Post investigation last year, “after an initial report linking them to a terrorism or homeland security threat.”  Still, little or nothing has come to light suggesting a domestic conspiracy—nor, indeed, terrorists coming into the country illegally.

Having served on the 9/11 Commission, Kephart should really know better.  Citing no references, Kephart’s conclusions appear to be based more on hearsay and anecdotal analysis.  CIS’ motives, however, ring loud and clear:  convince the public that “terrorist travel” is synonymous with immigration and that if you fear terrorism, you should fear immigration too.

Kephart  also suggests pouring more money into an enforcement-only approach to immigration.  Yet, a recent Los Angeles Times article begs the question: If the agency’s priority is criminal illegal immigrants, why are most of those arrested waiters and nannies?

Following the 9/11 attacks, restrictionists have shamelessly exploited America’s grief and fear.  Meanwhile, our government has been led on a costly wild-goose chase that has resulted in the investment of millions of dollars to essentially hunt busboys and gardeners through the desert. Yes, fixing our broken immigration system is critical to improving our national security–but not the way we’ve been doing it, and certainly not the way Kephart suggests.  The only way to be more secure is to require illegal immigrants to come forward, get right with the law,  register so we know who they are and where they live, and isolate the criminals and terrorists.  Right now DHS is looking for needles in a haystack – legalization would shrink the haystack so they can focus on real threats to the nation.