Congress Should Leave Community Policing to the Police 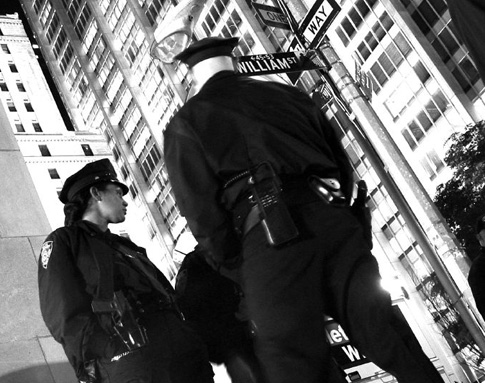 Over the last several years, Members of Congress who oppose comprehensive immigration reform have cast themselves as the law-and-order crowd, and mostly gotten away with it.  But they went too far when they set their sights on attacking state and local police.

By trying to punish local law enforcement agencies that refuse to put the deportation of undocumented workers before the arrest and prosecution of dangerous criminals, they’re exposing what really motivates their policy proposals: concern over dishwashers and day laborers, not the safety of American communities.

In a new report published by the Immigration Policy Center, Debunking the Myth of Sanctuary Cities: Community Policing Policies Protect American Communities, I explain how opponents of comprehensive immigration reform have pushed a dangerous policy that would alienate immigrant crime victims from state and local police, a policy that would make entire communities less safe.  These politicians share the same worldview as notorious Sheriff Joe Arpaio of Arizona, who has made Latino residents of Maricopa County who have committed no crimes into Public Enemy Number One, while thousands of outstanding felony warrants languish on his desk.

In contrast to the Maricopa County Sheriff’s tactics, for thirty years scores of cities and states have practiced community policing policies that allow undocumented immigrants to report crimes without fear of exposing themselves to deportation.  Opponents call these “sanctuary” cities – I call them safe cities.   In the words of the Major Cities Chiefs Association:

“Without assurances that contact with the police would not result in purely civil immigration enforcement action, the hard won trust, communication and cooperation from the immigrant community would disappear.  Such a divide between the local police and immigrant groups would result in increased crime against immigrants and in the broader community, create a class of silent victims and eliminate the potential for assistance from immigrants in solving crimes or preventing future terroristic acts.”

But to hear some Members of Congress say it, state and local police should stop worrying about putting murderers and dangerous criminals behind bars and spend their days checking other people’s immigration status.  Of course, they usually spin it a bit better than that.

Accusing police of harboring gang members and violent criminals would be laughable- if it weren’t so serious.

Politicians in Washington like Blackburn and Poe need to keep their eyes on solving the immigration mess.  Rather than lashing out at state and local police for doing their jobs and encouraging all members of our community to report crimes, they should help to get the federal immigration system back on track and develop a practical policy to deal with the 12 million undocumented immigrants in our country who are here to build America, not tear it down.