What Can the GOP Learn from the Boy Scouts and M&Ms? 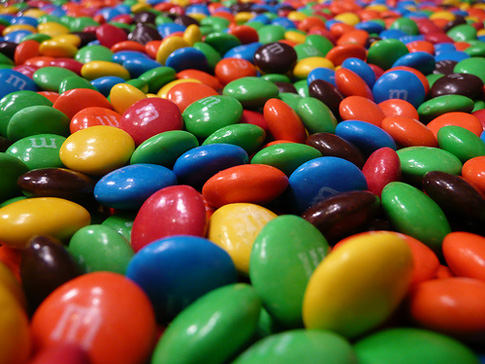 What have the Boy Scouts of America and the candy company that brings us M&M’s figured out that the GOP leadership has yet to come to terms with?–That Hispanics are the fastest growing share of the American population and they need a plan to engage them.

This week NBC aired a series of stories on the growing Hispanic population in America with one segment featuring the “marketing might” of Hispanics, noting that spending in the commercial Hispanic market is rising at “4 times the industry rate.” The head of the Boy Scouts of America, Bob Muzzuca, calls his efforts to reach out to the Hispanic community a “no brainer” and a representative from Mars Snack Company characterized their market growth among Hispanics as faster than any other.

Yet over at the Conservative Political Action Conference (CPAC) last weekend, a plan for reaching Hispanics still eluded them.

The Washington Times reported that:

“The mood was distinctly downbeat at times at a recent Capitol Hill gathering sponsored by the Republican National Hispanic Assembly (RHNA) on the ‘Future of Hispanics in the GOP.’ For some, the basic question was whether there was any future to discuss.”

At the same conference, conservative thinker Richard Nadler articulated why the GOP’s future with Hispanics was so dim:

“…blanket opposition to immigration reform and a refusal to disavow mass deportation will consign the Republican Party to permanent minority status…The backlash among legal Hispanic voters to the party’s policies to date “has destroyed conservative prospects in the Southwest, weakened them in the West, and wiped them out in New England,” he said.”

Since the last election, a variety of conservative voices have been calling on the GOP to change course by cooling down their anti-immigrant rhetoric and hard- line policies. Yet some party leaders still seem to believe–despite all evidence of the growing influence and positive benefits immigrants bring to America–that they can regain power without engaging Latinos and the immigration issue in a comprehensive way.

Perhaps if the GOP stopped and looked around they would realize their very own members and constituents have elected the first African-American leader to head the RNC and have ordained a South Asian, son-of-immigrants, as their brightest future star.  Maybe if the GOP stopped and contemplated the change going on in their own party ranks, they would realize they are changing and their policies should follow.