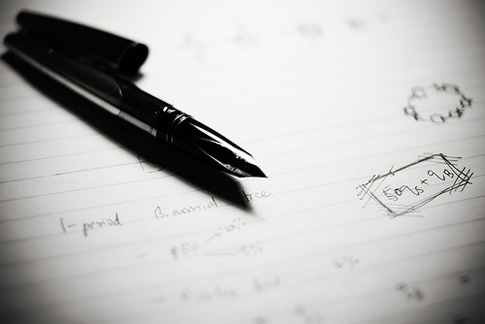 The Center for Immigration Studies (CIS), as well as the Heritage Foundation, have recently claimed that up to 300,000 construction jobs created by the economic stimulus bill could be filled by undocumented immigrants.  CIS arrives at this scary number by using a job-creation formula designed for highway expenditures in 2007, and then tacking on an estimate of the undocumented construction workforce from 2005—before the mass layoffs that have plagued the construction industry.

CIS starts with an estimate from the Federal Highway Administration that each “$1 billion of Federal highway expenditure” in 2007 supported 10,300 “construction-oriented jobs.” CIS uses this formula to conclude that the $104 billion in construction spending in the stimulus bill will create approximately 2 million new construction jobs. Yet it is highly questionable whether or not a highway-funding formula from 2007 is a reliable means of estimating how many construction jobs will be created by all of the construction projects that the stimulus bill will create in the coming years, which will include more than just highway construction. Moreover, many “construction-oriented” jobs are highly skilled positions for which a less-skilled undocumented immigrant would lack the required education or expertise.

Nevertheless, CIS takes this dubious figure and uses it as the basis for an even more dubious estimate of how many new construction jobs might be filled by undocumented workers.  CIS relies upon estimates from the 2005 Current Population Survey suggesting that approximately 15% of the construction workforce was undocumented in that year—before the U.S. economy and the construction industry took a nosedive and were hit by mass layoffs. As the Pew Hispanic Center notes in a recent report, Latino immigrants have been particularly hard hit by the current recession.  Moreover, the economic downturn has caused fewer undocumented immigrants to come to the United States and more to return home, as indicated by data from both Pew and the Department of Homeland Security.  As a result, it is doubtful that 15% of today’s decimated construction workforce consists of undocumented immigrants, most of whom are Latino. Yet CIS takes 15% of 2 million to come up with its estimate of 300,000 new construction jobs being filled by undocumented immigrants.

Beyond the use of fuzzy math, CIS suggests that the federal government’s “E-Verify” employment-verification pilot program could prevent undocumented immigrants from securing these new jobs. Yet numerous reports—from the Congressional Budget Office, the Social Security Administration’s Inspector General, and a Department of Homeland Security contractor, among others—indicate that trying to implement E-Verify on a national scale would be a costly mistake that would ensnare U.S. citizens in database errors and wouldn’t actually stop undocumented immigrants from getting jobs.  Rushing E-Verify into nationwide implementation would simply force unemployed Americans to jump through hoops in order to prove that they are entitled to work in the United States.

Although there is no way of knowing with certainty how many undocumented immigrants might secure construction jobs created by the economic stimulus bill, one thing is certain: E-Verify won’t keep undocumented immigrants out of the workforce, nor will any of the other “enforcement only” policies that have been tried and failed over the past two decades. Comprehensive immigration reform that includes a path to legal status for undocumented immigrants already in the United States would eliminate the pool of exploitable, underground workers who unscrupulous employers use to undercut wages and working conditions for all workers.