Condoleezza Rice Wants Undocumented Immigrants Out of the Shadows 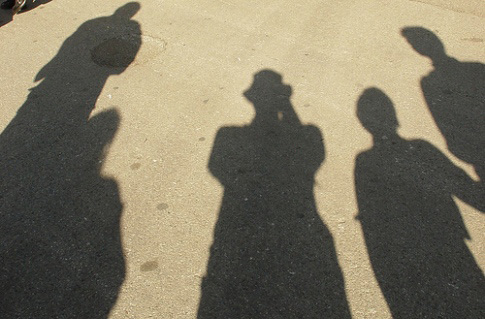 Like many in the Bush administration who recently recognized that comprehensive immigration reform is not a roadblock but a vehicle to America’s economic recovery, former Secretary of State Condoleezza Rice highlighted the need for comprehensive reform last week as an economic and social imperative at the Stanford Institute for Economic Policy Research summit. Now a political science professor at Stanford and senior fellow at the Hoover Institute, Rice put the Bush administration’s failure to achieve real reform of our immigration laws ahead of the Middle East conflict in terms of her “deepest regret” as secretary of state.

We need immigration reform. I don’t care if it’s for the person who crawls across the desert to earn $5 an hour, or for Sergey Brin, who came here from Russia and founded Google. As a country, we can’t have people living in the shadows. It’s just wrong. It’s not only ineffective, it’s wrong.

Rice and other conservative converts, like Karl Rove, are working on trying to get the rest of their party to take their fingers out of their ears and listen to what the majority of Americans voted for—leaders who will create a path to citizenship for undocumented workers which will not only lift wages for all low-wage workers, but increase tax revenues for all levels of government.

Rice adeptly points out that without the arrival of new Americans, like Sergey Brin, we might not have businesses like Google which currently employs 20,222 workers nationwide and generated $21.8 billion in annual revenue in 2008. “Immigrants,” Rice said, “are critical to the country’s financial health and reform is needed to fuel the next round of economic growth.”

America has always been able to attract the most ambitious people who are determined to have a better life. If we ever lose that and start to believe somehow that it is instead a threat to us to have those people come here, we are going to lose one of the strongest elements not only of our national wealthy, but also of our national soul.

Even Michael Chertoff, former Immigration Czar at the Department of Homeland Security under Bush, warned last month that while enforcing our immigration laws is important, comprehensive reform is essential to the growth our economy and the protection of American workers through the creation of new jobs.

When you talk about the high-end technical jobs, there are people with technical skills that would really add value to this country, and would actually become job creators themselves. That is something that we need to remember because if we cut off our nose to spite our face, what are going to do is hamper our ability to grown our economy.

Rice is just one of many converted Republican leaders who recognize that comprehensive immigration reform is not only good for our “national soul,” but also undeniably vital to our economic recovery.