Moving Beyond the Failed Immigration-Enforcement Legacy of the Bush Era 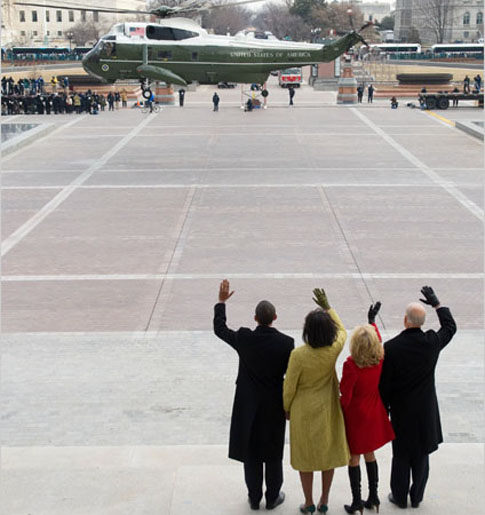 A new report from America’s Voice highlights both the immense challenge and enormous opportunity confronting the Obama administration as it devises a new approach to immigration enforcement that moves beyond the failures of the Bush era. As the report describes, Bush attempted to burnish his immigration-enforcement bona fides by “getting tough” on undocumented workers rather than the employers who exploit them. While families and communities were torn apart through worksite raids, most of the employers who willfully violated both labor and immigration laws for the sake of higher profits walked away with the corporate equivalent of parking tickets. Moreover, while federal agents and specially deputized state and local police officers chased down run-of-the-mill undocumented immigrants, scarce law-enforcement resources were diverted away from the pursuit and prosecution of violent criminals.

Anti-immigrant activists like to pretend that these sorts of policies are a means of protecting American lives and livelihoods. Yet it is nonsensical to believe that public safety is somehow improved by having police officers ferret out undocumented gardeners during traffic stops, rather than engaging in community policing that actually reduces crime. Nor does it make much sense to believe that the most effective way to raise wages is to round up and deport 7 million of the most exploited workers in the United States (the undocumented), rather than improving the enforcement of labor laws against employers who exploit any workers. As Maricopa County Sheriff Joe Arpaio has so amply demonstrated, devoting law-enforcement dollars and manpower to hunting down undocumented immigrants without criminal records may be good political theater, but it makes for ineffective and wasteful public policy.

The Obama administration now has the opportunity to move beyond this failed model of immigration enforcement. We need to enforce strong wage and labor laws that protect all workers, regardless of where they were born. We need to devote our law-enforcement resources to the capture of criminals who pose a genuine danger to public safety or national security. And we need to create a path to legal status for undocumented immigrants already living and working in the United States, thereby giving them the bargaining power they need to resist exploitation by the unscrupulous employers who now use them to keep wages low.