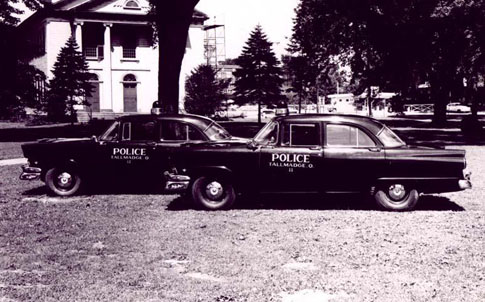 In response to evidence piling up suggesting that the 287(g) program is experiencing an array of problems, the House Judiciary Committee’s Subcommittee on Immigration, Citizenship, Refugees, Border Security, and International Law and the Subcommittee on the Constitution, Civil Rights, and Civil Liberties held a hearing today to learn more about the program’s alarming effects.

Members of the Subcommittees heard testimony from Julio Cesar Mora, a 19 year old native-born US citizen who told of how he and his father (who has had his green card since 1976) were stopped in their car on the way to work, patted down, handcuffed and taken to a place where many workers were being held by officers in black uniform and ski masks.  After several hours Julio and his father were released after proving their legal immigration status.  Mora said:

“to this day, I don’t know why the officers stopped us out of all the cars on the road.  Maybe it was because of the Campesina radio sticker on our bumper or maybe it’s because my dad was wearing his Mexican tejana and they thought we were illegal…They took away our pride.“

Frederick County Maryland immigrant advocate Antonio Ramirez told of men being pulled over for driving too slowly, another for having a tree air freshener hanging from a rearview mirror and “illegally blocking his view of the road.”  Mr. Ramirez said Frederick County Sheriff’s Office representatives had told him the reason he joined 287(g) was that he “want[s] Frederick County to look the way it did 15 years ago,” and that he can’t understand why Latinos don’t understand that “we don’t want them here.”

“Increased political pressure on local law enforcement to reduce undocumented immigration coupled with the Federal deputization of local police to enforce federal immigration statutes is jeopardizing sound and well established policing practices… In some cases [287(g)] is setting the police profession back to the 1950s and 60s, when police officers were some times viewed in minority communities as the enemy.“

“moving our state and local police into the business of immigration enforcement risks the gains we have made against crime over the last fifteen years, and creates significant new perils for the men and women who dedicate themselves to public safety.”

Police Foundation President Hubert Williams stated that the costs of participating in the 287(g) program outweigh the benefits.

The new Congress and the new Administration have the opportunity to change current immigration enforcement priorities and policies based on the data and evidence they have obtained over the last several weeks.  Today’s hearing provides even more evidence that assigning local police to chase 12 million busboys, students, and farmworkers is no substitute for the kind of rational solutions to immigration that can only come from the federal government.