Obama to Make Good on Promise of Immigration Reform This Year 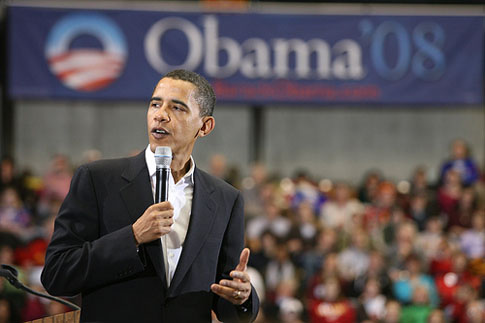 Today, the New York Times reported that the Obama administration has reiterated its intention to tackle comprehensive immigration reform this year. Immigration restrictionists have been working under the assumption that President Obama’s promise to reform the dysfunctional U.S. immigration system during his first year in office would be sidelined by the current recession. But the White House made clear yesterday that the President intends to make good on his promise. “He intends to start the debate this year,” affirmed Cecilia Muñoz, deputy assistant to the president and director of intergovernmental affairs in the White House.

A key component of comprehensive immigration reform, the White House said, will be the creation of a pathway to legal status for the roughly 12 million undocumented immigrants now living in the United States. Although critics of comprehensive reform often deride legalization as a blanket “amnesty,” a well-tailored legalization program would, in fact, bring order and legality to bear on what is now a chaotic and unregulated situation. Undocumented immigrants applying for legal status would not simply have to register with the federal government, but would have to meet a number of other requirements, such as undergoing criminal background checks, paying a fine, and learning English. Moreover, legalization would not add new workers to a U.S. economy already reeling from high unemployment. Rather, it would simply give legal status, and the full protection of labor laws, to workers who are already here.

Comprehensive reform also will have to address many of the other flaws and inequities within our immigration system. It will have to reduce the enormous backlog of applications for family reunification, which impose absurdly long waiting times on individuals abroad who are trying to rejoin their families in the United States. It will have to create smarter and more targeted enforcement mechanisms to find individuals who actually pose a danger to public safety or national security, rather than simply chasing bus boys through the desert. And it will have to begin the process of creating legal limits on immigration that rise and fall with the labor needs of our economy, rather than simply imposing arbitrary numerical caps that bear no relationship to labor demand.

Anti-immigration activists are already up in arms over the Obama administration’s latest statement of support for real immigration reform. But the only “solutions” that these naysayers offer are more of the same, costly, deportation-only tactics that have consistently failed to control undocumented immigration for nearly two decades, while tearing apart families and communities in the process. President Obama seems to understand that the time is long overdue for a new approach to immigration that might actually work.