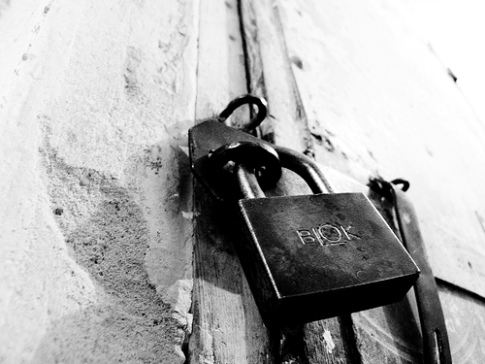 On any given day, more than 30,000 immigrants are detained in the U.S.  More than 300,000 men, women, and children are detained by U.S. immigration authorities each year.  ICE reported that the average stay in detention was 37 days; however many immigrants and asylum seekers are detained much longer – months or even years – until they are either deemed eligible to remain in the U.S. or are deported.

International human rights organizations have turned their attention toward the detention and deportation of immigrants in the U.S.  Yesterday, Human Rights Watch released a new report, “Forced Apart (By the Numbers): Non-Citizens Deported Mostly for Nonviolent Offenses,” which found that three quarters of non-citizens deported from the United States over the last decade after serving criminal sentences were convicted of nonviolent offenses, such as minor drug possession and traffic offenses.  Furthermore, one in five of those deported had been in the country legally, sometimes for decades.

Several weeks ago, Amnesty International released “Jailed Without Justice: Immigration Detention in the USA.”  The report focused on the shortcomings of the U.S. detention system, such as inadequate judicial review, the use of mandatory detention for minor offenses, barriers to legal representation, the lack of medical care, and the failure to adhere to international human rights law standards.  Rather than using relatively inexpensive alternatives to detention (such as ankle bracelets), immigrants are detained for an average of $95 per person, per day.

These reports confirm what many groups have been arguing—that the immigration enforcement priorities of the Department of Homeland Security have been messed up.  Rather than focusing efforts on violent criminals and dangerous threats to our communities, the majority of those detained and deported have minor, nonviolent convictions or have not been convicted of any crime.

In 12 years of enforcing the 1996 deportation laws, no one bothered to ask whether ICE actually focused on the target group – undocumented immigrants convicted of serious, violent crimes.  We now know that a good number of people who are here legally and who are convicted of nonviolent offenses are regularly swept into the dragnet.

The fact that international human rights organizations, known for reporting on horrific human rights abuses in foreign countries, have drawn attention to detention conditions in the U.S. raises eyebrows.  The new Administration has a golden opportunity to improve current detention conditions and reform our immigration system by providing undocumented immigrants with a chance at legalization—not deportation.  Doing so is more cost-effective, particularly amidst our current economic woes.  It would also help return the U.S. to its envied position of a global champion of human rights.