Hard-Line Immigration Laws Take a Back Seat in Tennessee 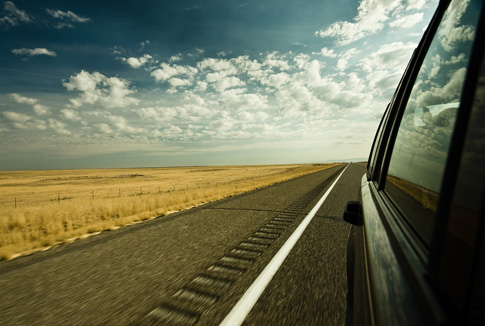 When it comes to immigration in Tennessee, state legislators are starting to realize that not only do they have bigger fish to fry, immigration is a fish that’s better left swimming in federal waters.  The Tennessean reports that, though Republicans had hoped to pass stringent immigration legislation when they took power of the Tennessee State Congress this past fall, the Tennessee GOP is starting to find that their immigration platform is not only economically foolish, it also doesn’t reflect the priorities or attitudes of their constituents.

Republican Rep. Tony Shipley, the man who was once concerned about “German workers who might try to sneak over the Atlantic Ocean into Chattanooga,” took his own immigration bill off the floor when he found out it would cost the state upwards of $11 million and could have jeopardized $217 million in federal funds for children’s health services and food assistance.  Shipley told The Tennessean:

“We came to ask ourselves, where could we … do the best thing for Tennesseans during the short time we had, and that was not coordinating a position on illegal immigration.”

Though Shipley and the Tennessee GOP might have put their plan for an immigration “crackdown” on hold, Shipley still “bristles” when asked about the possibility of a Hispanic voter backlash in response to his hard-line immigration rhetoric, saying “I assume the people you are talking about are not legal American citizens that don’t have the right to vote.”  In fact, a growing number of Hispanics in Tennessee can vote and chances are they aren’t happy with the current status quo.  Just last month, the Southern Poverty Law Center (SPLC) referred to Hispanics in the South — both documented and undocumented —  as a “population under siege and living in fear” — fear of the police, fear of the government and fear of criminals who prey on immigrants because of their vulnerability.

If that’s not enough, a Middle Tennessee State University poll conducted last year that asked about issues important to Tennesseans in the 2008 presidential race showed that undocumented immigration finished ninth out of 14 topics, with the economy as the top issue.  The director of communication research for the poll, Robert Wyatt, said:

“Illegal immigration never surfaces on that as a salient issue…What we’ve found over time is that attitudes about immigration have shifted so that a near-majority now says that yes, immigrants should have a path to citizenship.“

The Tennessee poll echoes results of a more recent national poll which showed that 61% of Americans now support giving undocumented immigrants “the right to live here legally if they pay a fine and meet other requirements.”  In the meantime, Dan Haskell, chairman of the Tennessee Jobs Coalition and lobbyist for the Nashville Area Chamber of Commerce, has said that he doesn’t expect the state legislature to be doing much work on immigration until it’s addressed at the federal level — which may come sooner rather than later.