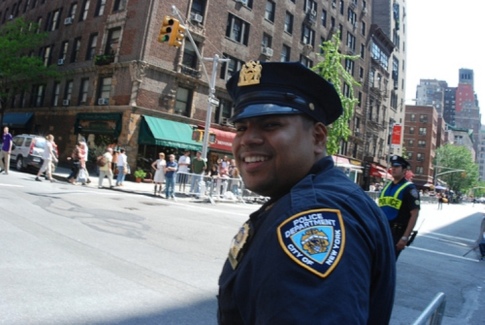 This week the Police Foundation issued a long awaited report, The Role of Local Police:  Striking a Balance Between Immigration Enforcement and Civil Liberties. The Police Foundation found that because Congress has failed to move forward with comprehensive immigration reform, states and localities have spent more time and resources curbing immigration themselves at the high cost of protecting their communities from more serious threats to public safety.

Among its conclusions, the Police Foundation found that:

The Police Foundation spent more than a year collecting data, conducting surveys and focus groups, working with academics, and holding meetings.  The report is surprisingly candid about some of the myths attitudes police contend with in their communities, including the myth that immigrants are more likely to be involved in criminal behavior than native-born Americans and the myth that immigrants don’t pay taxes divx changeling and receive free benefits.   The report also finds that increased demands to enforce federal immigration laws has coincided with recent demographic changes – as more immigrants move into non-traditional immigrant-receiving areas, more people are concerned about the impact newcomers will have.

Similar to other recent reports and studies on 287(g) communities by the ACLU of North Carolina and Justice Strategies, the Police Foundation focus group and conference participants agreed that changing demographics are driving community pressure on local police to play a greater role in immigration enforcement.  One police executive in Texas stated:

“I don’t think, generally speaking, people are complaining about the fact that someone is here in this country without official legal authorization to be here…All of a sudden their community is becoming more heavily populated with people who are different from them, who enjoy doing things that are unlike what other people in the community have historically done.  And so rather than addressing the uneasy feeling about differences among the newcomers, they just cast this label “illegal immigration” over that, and then they want us to enforce immigration laws to get rid of the people who are different from what they are accustomed.”

Another participant from New Jersey stated:

“Where I see it is when people come to council meetings and talk about [undesirable] people out in front of their homes or hanging out in a public park in a particular neighborhood.  My question is, well, how do you define who is undesirable?  And essentially what it comes down to when you cut through the veneer of the issue is there are people in front of their homes and in the parks who speak a different language, have different customs, and then also engage in some problematic behavior.”

Not surprisingly, just like multiple other reports, the Police Foundation re-confirmed that if local police are perceived as immigration agents, it makes their job much more difficult because immigrants – both legal and unauthorized – are fearful to come forward with important information because they fear the negative immigration consequences of coming into contact with the police.

For years the Police Foundation has been a proponent of community policing – engaging with the community to increase public trust and confidence.  The efforts of the federal government and local governments to force police officers to enforce immigration laws has made the police’s job much more difficult, leaving communities less safe.

As Congress begins to address immigration reform and immigration enforcement, members would be wise to heed the advice of the Police Foundation.  Who knows better than the police themselves what their role should be when it comes to enforcing immigration laws?