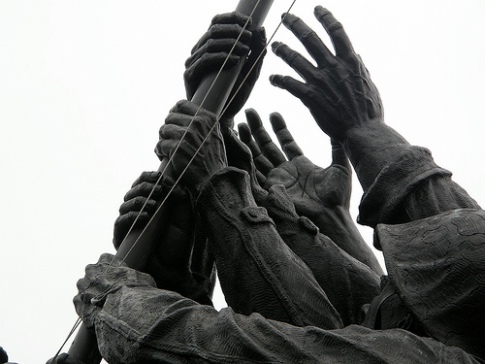 From the Revolutionary War to the current conflicts in Afghanistan and Iraq, immigrants have voluntarily served in all branches of the U.S. military from the beginnings of America. Without the contributions of immigrants, the military could not meet its recruiting goals and could not fill the need for foreign-language translators, interpreters, and cultural experts. Since 2001, 47,500 service members have naturalized and become U.S. Citizens in ceremonies around the world from Afghanistan, to Iraq to South Korea and even on board Navy flagships at sea.

But despite their honorable service and dedication to America, the U.S. government is still falling short on honoring the service of these young immigrant men and women. Attorney & Lieutenant Colonel in Military Police, Margaret D. Stock, testified before Congress in May of 2008:

“Currently, many military members fighting overseas find that they must also fight their own government at home, as that government creates bureaucratic obstacles that impede military readiness by preventing family members from accessing immigration benefits, refuses to allow family members into the United States altogether, or even seeks to deport military personnel or their family members.”

Immigrants are also part of grimmer statistics. According to the Associated Press:

Sgt. Christian Bueno-Galdos, a U.S. soldier born in Peru was killed on May 11, 2009 in Iraq. Officials say the 25-year-old Peruvian native was killed by a fellow soldier at a stress clinic in Iraq. Since September 2001 the Defense Department says about 150 immigrants have been killed while serving. Bueno-Galdos’ family say he loved the Army and felt patriotic toward his adopted homeland which he immigrated with his family as a seven-year-old. He joined the Army out of high school and will be buried tomorrow with full military honors.

This Memorial Day, America will remember all the brave men and women who gave their lives for this country—including immigrant soldiers. From deportation of family members to navigating the complex immigration system from far-away lands, fixing our broken immigration would go a long way in proving due and fair justice to our immigrant soldiers and honoring the sacrifices they have made to keep our nation safe and free.divx wanted