The Anti-Immigrant Arithmetic of NumbersUSA Doesn’t Add Up 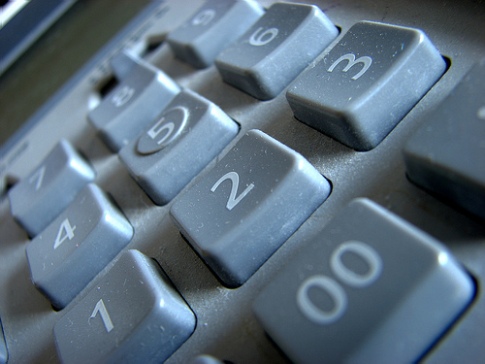 The anti-immigration group NumbersUSA blames immigrants for just about every environmental and economic ill to befall the United States, from air pollution and urban sprawl to unemployment and high taxes. But, as the Immigration Policy Center (IPC) explains in a new fact sheet entitled Fuzzy Math, NumbersUSA bases its immigrant-bashing on an overly simplistic and fundamentally flawed arithmetic of “over-population” in which “more people” is automatically (and incorrectly) equated with more pollution, more competition for scarce jobs, and higher taxes. In reality, “over-population” is not the main cause of the environmental or economic problems confronting the United States, so trying to impose arbitrary limits on immigration that are divorced from reality will not create a better environment or a stronger economy.

The NumbersUSA notion that more people necessarily produce more pollution is readily dispelled by comparing the United States with the 15 nations of the European Union (E.U.)-15, which have standards of living comparable to that of the United States. According to data from the World Resources Institute, the United States is home to 23% fewer people than the E.U.-15, yet produced 70% more greenhouse gases, such as carbon dioxide, as of 2000. This illustrates a basic fact over-looked by NumbersUSA: a few people can pollute a lot, or a lot of people can pollute a little. How much pollution a society produces depends on the degree to which that society relies upon fossil fuels, utilizes pollution-reduction technologies, develops mass transit, recycles recyclable materials, controls agricultural run-off into waterways, etc.

Similarly, “urban sprawl” can not be blamed primarily on numbers of people—be they immigrants or native-born. Numerous public-policy decisions made over the course of decades drove the creation of enormous tracts of dispersed, suburban houses with two-car garages and no mass transit. Immigration has little to do with the fact that urban planners in the 1950s, 60s, and 70s used a development model which has proven to be environmentally and economically unsustainable in the modern world.

NumbersUSA is also incorrect in claiming that immigrants are a financial burden on U.S. taxpayers. In arriving at this conclusion, NumbersUSA uses a narrow and misleading fiscal snapshot of how much the health and educational services utilized by immigrants and their children—even those born in the United States—“cost” in comparison to the taxes they pay in a single year. By this distorted measure, the more than 32 million native-born Americans who live below the federal poverty line would also qualify as a net “burden” on U.S. taxpayers, as would nearly all native-born retirees. However, as the National Research Council points out, all children are “costly” when they are still in school and not yet working, tax-paying adults—and the income levels and tax contributions of immigrants tend to increase over their lifetimes.

Finally, NumbersUSA errs in portraying immigrant workers as nothing more than job competition for native-born workers. Because immigrants tend to have either very little education or a great deal of education, while most natives fall somewhere in the middle, they fill different niches in the labor force. As a result, immigrants usually complement the native-born workforce—which increases the productivity, and therefore the wages, of most natives. More importantly, the U.S. economy does not have some fixed number of jobs for which workers compete. Both immigrant and native-born workers make other economic contributions through their consumer purchasing power and formation of new businesses, both of which create jobs, as well as increasing the nation’s economic output and providing federal, state, and local governments with additional tax revenue.

At first glance, the “over-population” argument of NumbersUSA might seem attractive in its simplicity. But it is simply wrong.