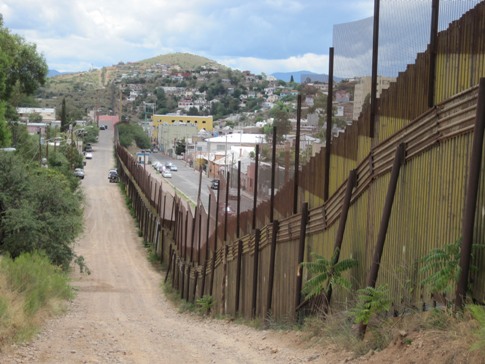 As Congressional appropriations committees meet over the coming months to craft legislation funding immigration-enforcement operations for next fiscal year, they would do well to continue to steer clear of one of the Bush administration’s more costly border boondoggles: the border fence.

The Associated Press reported yesterday that construction of the final 40 miles of the 670-mile “vehicle and pedestrian barrier,” which the former administration called for along the U.S.-Mexico border, has been held up for months by costly legal battles between the federal government and owners of the private property through which the fence must pass in Texas.  However, the costs of this misguided attempt to wall off the United States from Mexico are far greater than the legal costs associated with acquiring the land upon which to place a fence.

As the Congressional Research Service pointed out in a report this year, the 14-mile fence built along the San Diego region of the border cost roughly $9 million per mile.  Even more significant, “there have been numerous breaches of the border fencing and a number of tunnels discovered crossing underneath the fencing.”  It is for this reason that the U.S. Army Corps of Engineers estimates a border fence would not only cost between $1.2 million and $1.3 million per mile to build (excluding the cost of acquiring the land), but also an additional $16.4 million to $70 million per mile to maintain over a 25-year period, “depending on the amount of damage sustained by the fencing.”

In other words, a fence along all 2,000 miles of the southwest border would cost at least $2.4 billion to build—plus anywhere from $32.8 billion to $140 billion to maintain over the following two-and-a-half decades.  Even then, to be effective, Border Patrol agents would have to guard the fence to prevent anyone from breaking through it, climbing over it, or digging under it.  That would still leave 4,000 miles of unfenced border with Canada, and 5,000 miles of unfenced Pacific, Atlantic, and Gulf coastline.

Lawmakers basically have two options in dealing with undocumented immigration. On the one hand, they can enact comprehensive immigration reform which creates flexible limits on immigration which respond to the ups and downs of the U.S. labor market.  This would take labor migration out of the border-security equation and eliminate the “need” to build fences in order to keep out would-be nannies and gardeners.  Or, on the other hand, lawmakers can strive to create a North American version of the demilitarized zone that separates North and South Korea.  Given enough fencing, razor wire, troops, cameras, motion detectors, surveillance aircraft, and perhaps land mines, the federal government probably could prevent anyone from crossing, digging under, or flying over the U.S.-Mexico border in an unauthorized location. But is this really a worthwhile way to spend hundreds of billions of dollars at a time of rising budget deficits and economic recession?