E-Verify All the Time 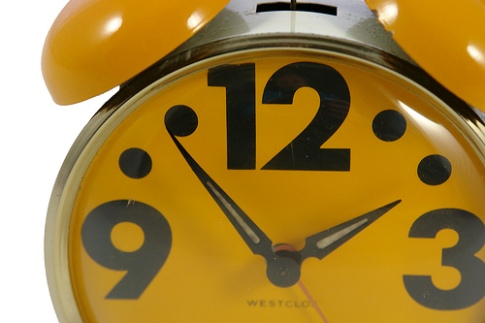 Have you ever seen the movie Groundhog Day where Bill Murray finds himself living the same day over and over and over again? Welcome to the world of E-Verify, the federal electronic employment verification system (EEVS) that purports to accurately confirm workers’ authorization for employment. Again and again policymakers have attached mandatory E-Verify proposals to any moving piece of legislation—whether it is related to the issue or not. Just today two amendments were offered to the DHS appropriations bill to expand the E-Verify system, and both were rejected. Subcommittee chair David Price (D-NC) argued that E-verify must be taken up as a part of comprehensive immigration reform – not as part of the budget. But E-verify amendments are likely to continue into the near future.

Congress has expressly made E-Verify a voluntary system, currently used by only a small fraction of employers in the U.S. This is no surprise; the system simply isn’t ready for prime time because of its well-documented weaknesses, including database errors and misuse of the program by employers. In fact, a study commissioned by the U.S. Department of Homeland Security found that the E-Verify database “is still not sufficiently up to date” to meet the requirements for accurate verification.

Despite this strong evidence on E-Verify’s failings, its expansion has become a pet project of some legislators. The House economic stimulus bill included a provision that any entity that receives funding from the stimulus use E-Verify—including churches, state and local governments, hospitals, farms, and schools. Most of these entities are not even enrolled in E-Verify and any such requirement would likely have precluded them from taking advantage of much-needed stimulus funds. The requirement was ultimately stripped from the bill, but it has come up yet again in the Omnibus spending bill, the war spending bill, and most recently the Homeland Security appropriations bill.

Congressional policymakers and the President have made clear that any comprehensive immigration reform proposal will include a mandatory EEVS, as it is viewed as part of the “enforcement” trade-off for legalization. But making E-Verify mandatory outside of this context would be a recipe for disaster. Over 7 million undocumented workers and their U.S. citizen and immigrant family members are not going to leave the country simply because an EEVS is implemented; and if they did, it would send our already-fragile economy into a tailspin. Instead, workers and their employers will simply move into the underground economy. The Congressional Budget Office estimated in 2008 that the mandatory EEVS in the Shuler-Tancredo SAVE Act would decrease Social Security trust fund revenue by more than $22 billion over ten years because it would increase the number of employers and workers who resort to the cash economy, outside of the tax system. We are already seeing this happen in Arizona where E-Verify is mandatory under state law.

E-Verify is not a magic bullet, where technology is the be-all and end-all answer to ensuring a lawful workforce. Moreover, a mandatory EEVS—and all the errors that come with it—does not just affect immigrants; it will apply to every single worker in this country—U.S. citizens and immigrants alike. Comprehensive immigration reform will not likely be debated until this fall at the earliest, so this is not the last that we will hear on E-Verify. Health care reform is right around the corner, and proposals to make E-Verify mandatory will be there too.