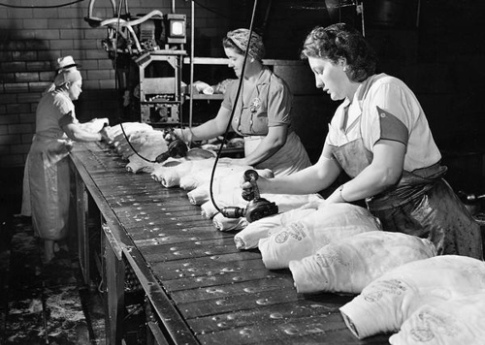 A new study by Appleseed, a non-profit organization focused on reforming the American justice system, highlights the extent to which misguided deportation-only strategies have led to a breakdown in our immigration court system. The study, based on interviews with more than one hundred practitioners, academics, and government officials, found that America’s immigration courts are overwhelmed by the number of cases flooding the system.

Significantly, the vast majority of those facing deportation are neither criminals nor security threats:

From 2004 to 2006, only 126 cases in Immigration Court (or 0.0155 percent of all cases) involved terrorism or national security concerns, and the percentage of cases involving allegations of any type of crime amounted to only 13 percent. The vast majority of immigrants in Immigration Court present no danger to the security of the United States.

And yet, the study found that they are frequently treated with little respect or dignity, revealing a shockingly low level of professionalism in some courts:

It is well documented that the single best predictor of an immigrant’s success or failure in Immigration Court is the identity of the judge who hears the case. Moreover, countless immigrants are subjected to harassing or denigrating treatment in Immigration Court, cannot understand what they are being asked or told, or have no assistance in navigating the byzantine court process.

Jennifer Ludden, a correspondent at NPR who covers immigration issues, tells a similar story about the impact of deportation-only strategies on already beleaguered Immigration Courts. Judge Dana Leigh Marks, head of the National Association of Immigration Judges, counts herself among the lucky few with at least one-quarter of a law clerk at her disposal. According to Marks, most immigration judges only have one-sixth of a law clerk.

In fiscal year 2007, the nation’s 214 immigration judges oversaw nearly 350,000 cases. Dana Leigh Marks, who heads the National Association of Immigration Judges, says she spends 36 hours a week on the bench trying to keep up, and Marks doesn’t even have basic resources that other judges take for granted.

Appleseed’s report also takes the trial attorneys who represent DHS to task for contributing to the culture of deportation that permeates many courtrooms. As a former trial attorney, I can confirm that there has long been a culture clash between those who follow the Department of Justice’s motto that “Government wins when justice is done,” and those who think that winning in immigration court is all about deporting people. While this culture clash existed prior to the establishment of the Department of Homeland Security, it has escalated in recent years, as evidenced by the motto of Immigration and Customs Enforcement, which now houses the trial attorneys who prosecute immigration cases.

The Appleseed report is a reminder that reform of our immigration system requires a systematic overhaul of both our laws and how we implement them.  Many of the proposed solutions in the report go to increasing the resources, training, and practices followed in immigration court.  The Obama administration has already recognized the need for more resources and the House Appropriations Committee has agreed, allocating additional money to fund the immigration courts in FY 2010.

But cleaning up the courts won’t change the obvious fact that too many people are unnecessarily facing deportation. Given the clear problems identified in the Appleseed report, expecting the immigration courts to handle the deportation of 12 million people is both impractical and a waste of resources.  Yet another reason to enact comprehensive immigration reform sooner rather than later is so that immigration judges and trial attorneys can get off the assembly line and focus on doing justice.