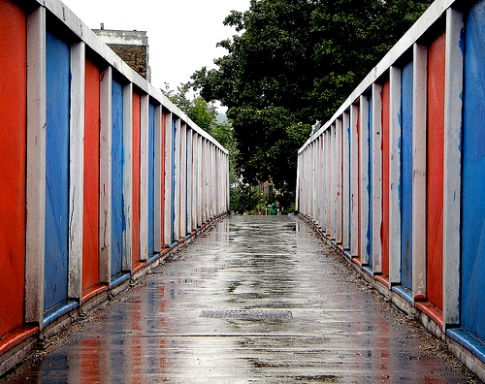 In his plainspoken narrative, Jaynes cites statistical analysis on the effect of immigration on wages and native-born employment and finds the effects to be “relatively small and secondary to other causes of low wages and employment.” According to Jaynes, declining black employment is due more to other factors—declining factory jobs, low educational achievement, drop-out rates, criminal activity and incarceration rates—which have been restructuring the US labor market for the past several decades.

Between 1980 and 2000, immigration reduced black men’s employment by about 8 percentage points. This is less than one-half of the 18-percentage-point decline in their employment during that period. Even an author of that study says, ‘Much of the decline in employment and increase in incarceration for the low-skilled black population would have taken place even if the immigrant influx had been far smaller.’ The relative significance of the 8-point decline in black men’s employment is indicated by the fact that the employment of black male drop-outs declined 30 points between 1960 and 2000.

While Jaynes acknowledges the effects of immigration on the employment and wages of less-educated citizens is “not a perfect blessing,” he also points out that immigration as a whole is a net benefit to the US economy. Between one-half and three-quarters of undocumented immigrants now work “on the books” and pay federal and state income taxes, Social Security taxes, and Medicare taxes. Additionally, immigration as a whole increases the U.S. Gross Domestic Product (GDP) by roughly $37 billion each year, according to a 2007 White House report.

Supporting Jaynes’ argument, a recent IPC study by Rob Paral and Associates found that “there is little apparent relationship between recent immigration and unemployment rates among African Americans, or any other native-born racial/ethnic group, at the state or metropolitan level.” Paral’s study looks at the most recent labor department data of unemployment rates in states with the highest share of immigrants:

While no one argues that immigration on the whole doesn’t impact the American workforce—African American as well as other groups—it is important to remember that immigrants don’t steal native-born jobs out from under them—in fact, they tend to create new jobs. Furthermore, it’s also important to note that if the roughly 12 million undocumented immigrants living in the US were deported, the jobs left behind wouldn’t automatically be filled with American workers. Without immigrants, some of those jobs wouldn’t even exist—not to mention the gapping hole left in the recovering U.S. economy and the actual cost of rounding up, processing and deporting 12 million people.

As Gerald Jaynes’ perspective piece reminds us, if the plight of low-wage native-born workers is actually the concern, shouldn’t we be looking for solutions on how to lift them up? While anti-immigrant groups work hard to exploit the divisive myth that immigrants steal black jobs, the President and the majority of Americans support comprehensive immigration reform—reform that is good for our recovering economy, that creates new jobs and reform that lifts wages for all American workers.