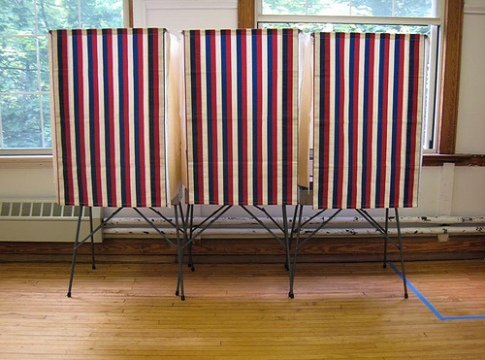 Today, the U.S. Census Bureau published new data, Voting and Registration in the Election of 2008, which tracks demographic characteristics of the 131 million U.S. citizens who reported that they voted in the 2008 presidential election. The Census Bureau’s new data set shows a significant increase of about 5 million voters from the 2004 presidential election—including 2 million more Latino voters and 600,000 more Asian voters. Relative to the presidential election of 2004, the voting rates for blacks, Asians, and Latinos each increased by about 4 percentage points. The voting rate for non-Latino whites decreased by 1 percentage point.

For those who followed the 2008 presidential election, this new data should come as no surprise. Latinos, Asians, and “New Americans” (immigrants and children of immigrants) have grown significantly as shares of the U.S. electorate in recent years. Latino and Asian voters accounted for 10.6 percent of all registered voters in 2008—up from 9.3 percent in 2006. There were 11.6 million Latinos registered to vote in 2008, up from 9.3 million in 2006. Likewise, 3.9 million Asians were registered voters in 2008, up from 3.4 million in 2006.

As GOPers continue to hem and haw in pursuit of the Latino vote, they would do well to consider that Latino, Asian, and New American voter turnout was at an all-time high in 2008 and changed the electoral map. As the latest Census data affirm, Latino and Asian voters are significant voting blocs, and their political impact cannot be shrugged off lightly, regardless of Pat Buchanan’s views.

“Immigration” also ranked as a top priority among Latinos, according to a Pew Hispanic survey, and will continue to play a key role in the outcome of future elections.

Those surveyed preferred Sen. Barack Obama, D-Il., over Sen. John McCain, R-Ariz., 66 percent to 23 percent. The poll also found that 49 percent of respondents said the Democratic Party has more concern for Hispanics, while 7 percent said the same of the Republican Party.

A quick word of advice for those in Congress who make political theater out of immigration issues: like it or not, immigrants and their children are here to stay and will continue to comprise a significant segment of the voting population. So take off your ironic “Press #1 for English” t-shirts and put on your “Reform Immigration for America” graphic tees. I think the shirts come in a few different colors and sizes.