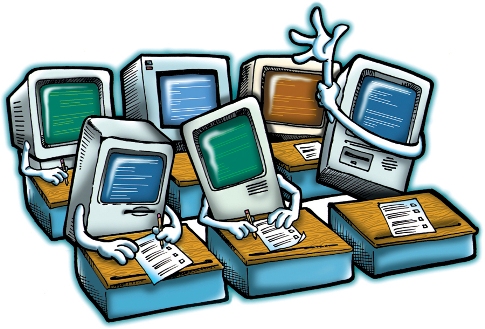 Next week, the Department of Homeland Security (DHS) will begin a “Quadrennial Homeland Security Review” (QHSR) billed as a 21st century version of the town hall meeting: an online, interactive discussion that is promoted as an opportunity to shape the future priorities of DHS. The QHSR is a Congressionally mandated strategic planning analysis that is intended to evaluate and shape Department priorities. The topics under discussion this year include:

According to the website, the QHSR is an effort to engage public stakeholders in a genuine assessment of the agency. It’s an ambitious and time consuming project, slated to take place over the next three months.

While the QHSR is clearly in keeping with the administration’s commitment to new technologies and open government, it’s a little disconcerting to see that the deck is already stacked towards immigration enforcement. While it’s obviously important to secure the borders and to be smart about enforcing our immigration laws, it’s equally important to think about our overall immigration policy. Hopefully, the participants in the dialogue will share this concern and press the department to take a broader view of immigration policy—it’s not just smart and tough enforcement that we should be after, but achieving a fair and balanced immigration policy that respects families, works efficiently, treats people with dignity, contributes to economic prosperity, and ensures the long-term growth of the nation.

Of course, the other problem with the QHSR is that we haven’t had a great deal of luck on the enforcement front thus far. While DHS has made some changes to immigration enforcement, plenty of people are questioning whether those changes will really lead to smart enforcement or just more tough enforcement.

That’s not to say that people shouldn’t engage in this dialogue. We all should engage by signing up at www.homelandsecuritydialogue.org before the July 30th deadline. But for the dialogue to be meaningful, DHS needs to show the public that it really is listening—not just every four years, but every day.