For Here or To-Go? “Highly Skilled Take-Out” is Growing in the United States 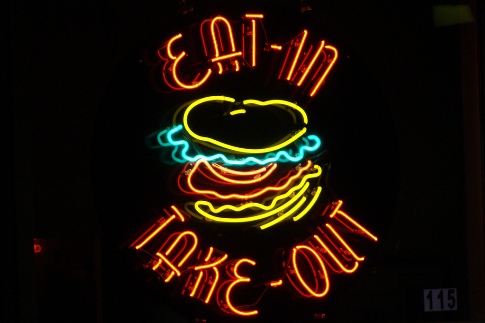 At a recent conference, Bill Gates shared his ideas about U.S. Immigration policy, noting that there should be more “exceptions for smart people.” While not the most eloquently phrased statement, it does pose an interesting question in the immigration reform debate. Are we turning away skilled workers? Or are they leaving on their own, thanks to a complicated system of paperwork and jumping through hoops and lack of job advancement opportunities?

Much has emerged about the growing flight of highly skilled talent occurring in the United States today. Take Dr. Swaroop Ganguly for example; a native of New Delhi India and an electrical and computer engineer. After ten years of living in the U.S, receiving his education, and working as an expert in the specialized field of spintronics technology, Ganguly is leaving his $100,000 paying job to make $15,000 in India. Why? For the opportunity to expand his postdoctoral research and to achieve higher job security. Ganguly, who came to the U.S. and climbed to the top of his field, is now finding that India is offering more career options for him. Research by Duke University Professor Vivek Wadhwa predicts that within 5 years, more than 200,000 Chinese and Indian skilled workers will return home due to this lack of career potential.

What Dr. Gaguly’s story really alludes to is a growing problem in creating attractive opportunities for highly skilled workers and specialized professionals to stay in the United States. With such a web of paperwork and a long wait period for professional development, it’s not surprising that countries like India and China (who are pumping money into the technology field) are drawing their talent back to their shores. While our country is still the leader in attracting foreign students, it is critical to keep the best and brightest beyond a temporary stay to maintain economic growth and global leadership in science and technology.

A recent Council on Foreign Relations report by the bi-partisan Task Force stated:

“The Task Force believes maintaining robust levels of immigration, allowing for fluctuations based on the state of the economy, are firmly in America’s national interests. In particular, continuing to attract highly skilled immigrants is critical to the competitiveness of the U.S. economy, and to America’s ability to remain the world’s leader in innovation. The United States must open its doors more widely to such people.”

Immigration alone cannot be blamed for the “highly skilled take-out” in the United States; the economy is in a deep recession, and our country is trailing behind on math and science education that produces graduates in engineering, computer technology, and other specialized professions. Fortunately, the future is becoming brighter for comprehensive immigration reform and education reform. Although it must be taken one step at a time, the combination of the two is seemingly the ticket to continued success for our country.

The CFR report summed it up best:

“No single country, however impressive its educational system, contains within its borders a preponderance of the world’s most talented individuals […] One of the central reasons the United States achieved and has been able to retain its position of global leadership is that it is constantly replenishing its pool of talent, not just with the ablest and hardest working from inside its borders, but with the best from around the world. Maintaining American economic and political leadership depends on maintaining that flow of talent.”