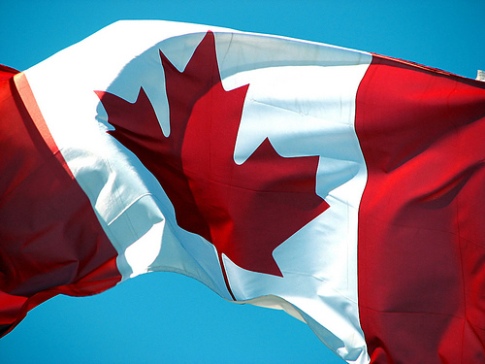 If we needed any proof that our dysfunctional immigration system inhibits our economic growth, our neighbors to the north have provided us that proof. Canada is actively exploiting, to their economic benefit, our backlogged and broken immigration system. Canada is recruiting the best and brightest American-trained foreign nationals through a streamlined immigration process. After receiving a U.S. education, these talented foreign nationals are now contributing to Canada’s economic future instead of ours. If only we could get Congress to pay attention, if not to our future economic growth, at least to Canada’s and how they are getting there thanks to our efforts to train but not retain foreign talent.

About 18 months ago, Alberta initiated a campaign to attract highly qualified immigrants the United States has rejected. The campaign began with a half page color advertisement in the New York Times (February 7, 2008, page A10) to encourage foreign nationals in H-1B status to immigrate to Canada, and avoid the problems of expiring visas. Alberta understands that a visa application process that takes upwards of five to nine years creates great uncertainty for professions, normal life planning (such as marriage, children, and purchasing a home) and cannot be put on hold indefinitely. Meanwhile, attractive Canadian websites continue to solicit highly qualified professionals by addressing the need to plan for a future. Alberta understands that by attracting young graduates and meeting their basic needs, these talented young professions will contribute to economic growth.

According to the House Immigration Subcommittee, foreign nationals earn half the masters degrees and 71 percent of the doctorates in electrical engineering at U.S. universities. Due to our complicated immigration system, these foreign nationals are less and less likely to stay in the United States. According to a study at Duke University, “the U.S. lost 100,000 highly educated foreigners over the last 20 years, but faces accelerating losses of 100,000 to 200,000 in the next five years.”

Our immigration system creates H-1B lotteries, uncertainty, and waiting periods that approach a decade for highly talented professionals—many of whom were educated at top universities in this country. They have a lot to contribute, but our system rewards this talent with angst and uncertainty. Alberta acknowledges these problems and has specifically targeted these workers by making immigration to Canada quick, easy and most importantly, a sure thing. Canadian policy makers understand that economic growth follows talented people. When we wonder why jobs are being shipped overseas, we need look no further than our own dysfunctional immigration system.