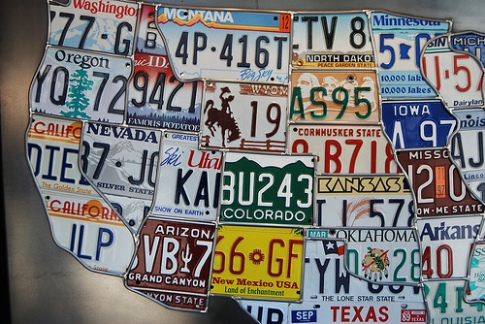 Governors and mayors, state legislatures and city councils are playing an increasingly critical role in U.S. immigration policy. As a result of Congress’s inaction, states and localities are feeling pressure to take action on immigration, and many of the policies that directly impact immigrants’ lives—law enforcement, public benefits, driver’s licenses—are being driven by new state and local laws. Some state and local immigration policies have been positive and have helped to integrate immigrants into American communities. Others, however, have had a harmful impact on immigrants as well as on public health and safety.

The National Conference of State Legislatures (NCSL), a bipartisan organization that serves the legislators and staffs of the nation’s 50 states, recently published two documents that highlight the role that states play in immigration policy. One is a report on recent state activity, and the other is NCSL’s official immigration policy statement.

First, NCSL released a new report that shows that over the last several years, the amount of immigration-related bills introduced and passed in state legislatures has skyrocketed.

Despite the fact that state budget crises are causing states to retreat on many issues, the amount of state legislation related to immigration introduced in the first half of 2009 outpaced the same time period in 2008. According to the NCSL, more than 1,400 bills have been introduced in all 50 states. At least 144 bills and resolutions have been enacted in 44 states. A total of 285 bills and resolutions have passed state legislatures—23 are pending the Governor’s approval and 3 have been vetoed.

The good news is that many of the laws and resolutions passed have been positive and aimed at immigrant integration. Some celebrate the U.S.’s heritage as a nation of immigrants. Some urge Congress to take action and expedite naturalization, enact comprehensive immigration reform, and extend health care benefits.

NCSL also released its Immigration Reform Policy which was approved at their 2009 legislative summit. In its official policy, NCSL recognizes that even though the federal government has jurisdiction over much of immigration policy, the impact of federal immigration policy is directly felt by the states. States and localities implement programs required by federal law, provide services mandated by the courts, and initiate programs and policies to address the specialized needs of immigrants and encourage their integration into the economic, social and civic life of their adopted communities. States often bear the costs of immigration, especially in our education, health, and law enforcement systems, with limited federal reimbursement.

NCSL supports naturalization and citizenship, the creation of an earned legalization program, the creation of a temporary worker program, and border security because they realize the economic benefit of immigrants who work, pay taxes and contribute to the local community. NCSL also calls for greater coordination between federal and state/local governments, full reimbursement of the State Criminal Alien Assistance Program (SCAAP), the option (not a mandate) to enter into a partnership with DHS to enforce federal immigration laws, and adequate fixes to E-Verify before it is further expanded. Finally, NCSL calls for the inclusion of state impact assistance as part of comprehensive immigration reform.

States and localities will play an increasingly important role in pressuring Congress to pass immigration reform, designing a system that works for American communities, and implementing the new immigration reforms and policies.