CIS Misses the Mark on Immigration and the Economy 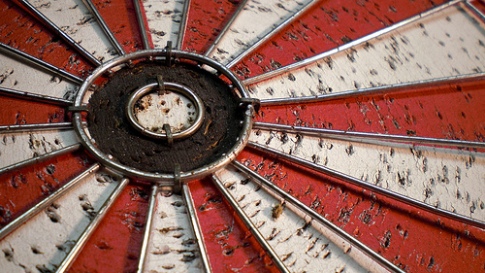 In a pair of new reports released yesterday, the Center for Immigration Studies (CIS) presents an array of demographic and employment data from the U.S. Census Bureau to obliquely suggest that the recession-plagued U.S. economy doesn’t really “need” immigrant workers. Although both of these reports are surprisingly nuanced in their analysis compared to many previous CIS efforts, they nevertheless present a portrait of immigration and the U.S. economy that is over-simplified and off the mark. In gauging the potential impact of immigrant workers on native-born workers, for instance, CIS fails to fully account for the many differences between immigrants and natives in terms of where in the country they live, how much education they have, what occupations they’ve worked in, and how long they’ve been in the labor market. In contrast, an IPC report that was also released yesterday explores all of these variables.

Perhaps the most remarkable and unexpected conclusions contained within the first of the new CIS reports, Jobs Americans Won’t Do?, are that “most natives do not face significant job competition from immigrants” and that “it would be a mistake to think that every job taken by an immigrant is a job lost by a native.” Nevertheless, that is exactly what the report attempts to insinuate through its statistical theatrics. The report claims to debunk the “often-made argument that immigrants only do jobs Americans don’t want” by analyzing how many immigrant and native workers nationwide are in each of 465 occupations, and then pointing out with great fanfare that natives comprise the majority of workers in all but four of these occupations.

There are two flaws with this analysis. First of all, CIS uses national data that fails to account for the fact immigrants tend to be concentrated in particular parts of the country. More importantly, though, pointing out that most workers in any occupation are native-born proves nothing about why the remaining workers are immigrants. Historically, immigrants tend to fill labor-market gaps, which may be large or small. Whether immigrants comprise 5% or 95% of workers in a particular occupation has no bearing on whether or not there were enough well-suited native-born workers to fill all available jobs.

The second CIS report, Worse Than It Seems, focuses on the well-known fact that minorities, the less-educated, and the young tend to have the highest unemployment rates. For each of these demographic groups, the report presents both the official unemployment rate and the broader unemployment rate that encompasses people who have given up looking for work or can only find part-time work. Not surprisingly, the unemployment picture for these groups is grim. The report then notes that these are the “workers who face the most competition from immigrants.” Despite a caveat that high unemployment among “less-educated and young workers is not proof that immigration has caused this situation,” that is clearly the inference which the report makes. But it doesn’t analyze unemployment rates among various demographic groups according to where in the country they live, or the occupations in which they work, or how much work experience they have.

There is no doubt that some native-born workers compete with some immigrants for the same jobs. But the vast majority do not. And immigrants certainly are not to blame for unemployment caused by a global economic recession.