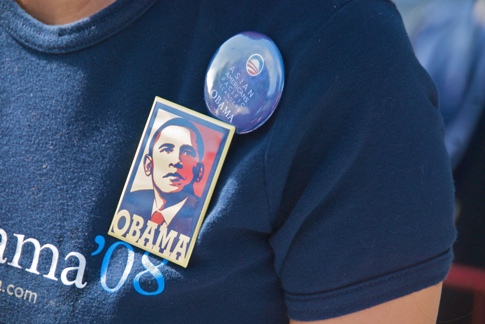 As the Obama administration continues to lay the groundwork for the introduction of a comprehensive immigration reform bill sometime this year, many in the immigrant community are growing restless—a restlessness which may well be reflected in future election cycles. Recently released Census Bureau data reveals a significant increase in the number of Asian voters over the last four years. This week, the Asian American and Pacific Islander communities are putting that political power to use as they mobilize for the first ever National Week of Action in support of comprehensive immigration reform.

“For this national week of action, we tell our stories as immigrants, and as descendants of immigrants,” said Titi Liu, executive director of the Asian Law Caucus. “We are workers, neighbors and small-business owners who revitalize communities and contribute to the economy.”

According to the Asian American Justice Center, there are currently more than 15 million Asian Americans residing in the United States—the majority of whom are foreign born and thus have firsthand knowledge of our woefully outdated immigration system. Countless Asians are caught in the family immigration backlogs and remain separated from close family members, and there are more than 1 million undocumented Asians in the U.S. today. Because the broken immigration system affects them in such a personal way, many in the Asian American community are banding together this week to attend town hall meetings with members of Congress, hold press conferences and petition lawmakers to fix our currently broken immigration system that restricts due process rights, breaks up families, and ultimately hurts the economy.

If members of Congress like being members of Congress, they’ll listen. According to the Census Bureau, the number of Asian voters in the United States increased by 21.3%, from 2.8 million voters in 2004 to 3.4 million in 2008. And their votes matter. Political candidates should pay particular attention to the rapid rise of Asian voters in many states, including electorally key—and often pivotal—states such as California, Virginia, Arizona, Colorado, and Ohio. California is home to more than one-third of all Asians in the United States, as well as Virginia, Arizona, Colorado, and Ohio. In North Carolina, which went from “red” to “blue” in 2008, the number of Asian voters was three times greater than President Obama’s margin of victory over Senator McCain.

The Asian American community is also critical to our national economy. The purchasing power of Asians totaled $509.1 billion nationally in 2008, an increase of 337.1% since 1990, and is projected to reach $752.3 billion by 2013. Asians also own 1.1 million businesses in the United States, which had sales and receipts of $326.7 billion and employed roughly 2.2 million people in 2002.

There is no denying that Asian Americans significantly contribute to our political and economic landscape, but the question remains whether Congress will listen as the community stands up in town hall meetings, mobilizes and raises the urgency of comprehensive immigration reform. Deepa Iyer, executive director of South Asians Americans Leading Together, knows the large stake that the Asian American community has in the fight for immigration reform:

“Asian Americans have an opportunity now to influence the critical conversation around immigration policy. We must play a role through grassroots organizing and advocacy to let lawmakers know that the immigration system must be reformed now before it’s too late.”