Plugging into the Millennial Generation 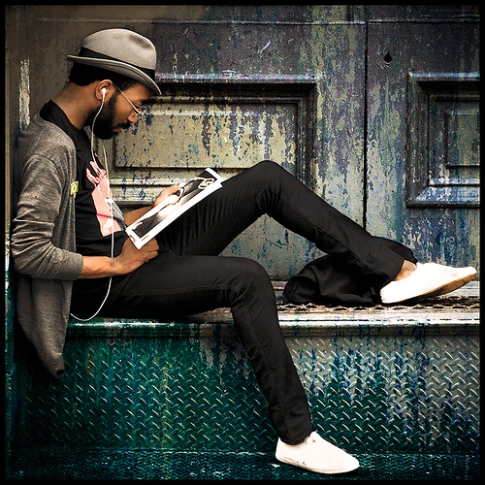 Today, the Center for American Progress released a new publication, The Coming End of the Culture Wars, which explains that the conservative white working-class population is waning while the younger “millennial” generation, who is much more liberal on social issues including immigration reform, is expanding.

Millennials—the generation with birth years 1978 to 2000—support gay marriage, take race and gender equality as givens, are tolerant of religious and family diversity, have an open and positive attitude toward immigration, and generally display little interest in fighting over the divisive social issues of the past.

The report goes on to highlight the added significance of Millennials as voters. Voting age Millenials will increase by roughly 4.5 million a year between now and 2018. By the 2020 presidential election, the Millennial generation “will be 103 million strong and have about 90 million eligible voters”—representing just under 40 percent of America’s eligible voters.

The Wall Street Journal confirmed the consequences of not appealing to the youthful and changing American public and pointed out today why this matters when it comes to elections:

Indeed, the woods in which Republicans found themselves after the 2008 election are, and remain, thick. Republicans lost across the board because they did badly with the two most important voting constituencies of the future, young people and Hispanics.

A Dallas Morning News editorial also showed how these demographic shifts and the GOP’s alienation of minorities is playing out locally. Take Kay Bailey Hutchinson’s run for Governor of Texas, for example:

What was striking about Kay Bailey Hutchison’s Dallas gubernatorial rally last week was how so many people there looked like the folks you might see at a Rick Perry event. Dressed as if they had just come from the office, nearly all were white and were largely on the 11th hole of life – or beyond.

The piece goes on to explain one possible strategy the Senator could try:

Similarly, she could pull in enough Latinos to make a difference, although they’ll be a harder sell since Senate Republicans blocked an overhaul of immigration laws under George W. Bush.

This is unlikely though, as Kay Bailey Hutchison voted against Sonia Sotomayor’s confirmation to the Supreme Court, which is not exactly a great strategy for winning the Latino vote.

The changing American demographic will soon be documented in a big way, with massive consequences, when the 2010 Census is complete and expanding states (largely thanks to immigrants and minorities) are awarded additional congressional representatives and declining populations lose seats. The Wall Street Journal reports today that:

Early analysis indicates that Texas will likely be the biggest winner since the prior count a decade ago, picking up three or four seats in the U.S. House of Representatives, according to the National Conference of State Legislatures and Election Data Services Inc., a political-consulting firm. Other states poised to gain at least one seat include Arizona, Nevada, Georgia, Florida and Utah.

Yet, there are also scary consequences to these demographic shifts. Frank Rich writes in today’s NY Times:

…The biggest contributor to this resurgence of radicalism remains panic in some precincts about a new era of cultural and demographic change. As the sociologist Daniel Bell put it, “What the right as a whole fears is the erosion of its own social position, the collapse of its power, the increasing incomprehensibility of a world—now overwhelmingly technical and complex—that has changed so drastically within a lifetime.

So should the GOP write off a whole generation as lost to the Democrats forever and stick to their “ranks (which) have now dwindled largely to whites in Dixie and the less-populated West” or should they lead the way, turn away from the right-wing-hate-mongering and develop a new inclusive strategy for bringing young people and immigrant and minority communities into the fold? As Ana Navarro suggests, Republicans would do well to note Ronald Reagan’s words, “Latinos are Republicans. They just don’t know it yet.”