And the Beat Goes On: Immigration Reform and the Road Ahead 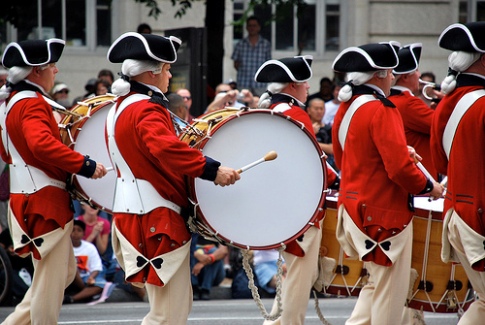 As Washington and the rest of the country continue to reflect on the monumental legacy of the late Senator from Massachusetts, many are contemplating the enormous leadership gap left in his passing. A tireless champion of health care, civil rights, foreign policy, education, immigration and many other worthy causes, Senator Kennedy’s first major legislative victory—eliminating the national quotas for immigration— “helped change the face of the country and shaped his own political career.” But the question remains, how do we continue Sen. Kennedy’s drumbeat on immigration reform?

Along with a health care reform bill, it would be a fitting tribute to the late Sen. Edward Kennedy (D-Mass.) if Congress could act on his other great unfinished cause: immigration reform. For all his liberal Democratic passion, Kennedy understood—as few of his colleagues seem to nowadays—the importance of working on a bipartisan basis to get legislation passed.

In looking forward, it’s important to remember how Senator Kennedy actually fought for the issues he so adamantly believed in. As many recent tributes detail, Senator Kennedy’s long list of accomplishments (including authorship of more than 2,500 bills) are a tribute to his belief that one keeps moving forward, making incremental change if that is all that can be accomplished, and to “never to let the perfect be the enemy of the good.”

Billed as the “great negotiator,” Sen. Kennedy’s example of bipartisanship can be seen in numerous pieces of bipartisan legislation—the WIC food program for women and infants, the Americans With Disabilities Act, the State Children’s Health Insurance Program, the 2001 No Child Left Behind bill, the McCain-Kennedy bill and more recently, S. 1348—the 2007 immigration reform bill which united Senator Kennedy with Senators Kyl (R-AZ), Martinez (R-FL) and Graham (R-SC), among others. According to the Los Angeles Times:

Kennedy’s main strategy wasn’t sweet-talking moderate Republicans into supporting big-government programs. Instead, he delighted in finding common ground on specific issues with real conservatives, such as Sen. Orrin G. Hatch (R-Utah) and then-Sen. Dan Quayle (R-Ind.). He often negotiated independently of his party’s leadership. And then, once a bargain was in sight, he used his legitimacy as a liberal to persuade other Democrats to support his compromises.

This does not mean, however, that Senator Kennedy was always willing to compromise. He voted no hundreds of times in his career when the legislation did not further the good. As we return to the debate over comprehensive reform, that model of principled compromise needs to be kept firmly in mind.

No one can fill Senator Kennedy’s shoes, this much is true. Senator Chuck Schumer (D-NY), however, took over for Sen. Kennedy this year as chair of the Senate Subcommittee on Immigration, Citizenship, Refugees, & Border Security and has vowed to have an immigration bill completed before the end of the year. In the spirit of bipartisanship, Senator Schumer is looking toward Republican Senator Lindsey Graham to co-sponsor the bill and help garner GOP support—but not, of course, without balancing compassion with stakeholders’ interests.

As The Wonk Room’s Andrea Nill points out:

They’ll both have to reach out to conservative Democrats and other moderate Republicans—many who even Kennedy was unable to convince—in order to negotiate the votes needed to pass reform. Most importantly, Schumer will have to balance the delicate interests of business, labor, and immigration advocates, along with conservatives’ demands for harsh enforcement, without losing sight of the compassionate solutions that must be brought to immigrant communities across the country.

Administratively, President Obama and Department of Homeland Security Secretary Janet Napolitano have recently reaffirmed their commitment to get a comprehensive reform bill out before the end of the year. At a White House meeting last week, both the President and Secretary Napolitano met with more than one hundred of immigration advocates to listen to concerns and solicit ideas on various aspects of a bill—but again, not without principled compromise. President Obama stated that we shouldn’t shy away from enforcing our immigration laws, as long as those laws are consistent with our American values.

Therein lies the key. The “great negotiator” wasn’t afraid to say no, but he also understood when to say “yes” when “yes” advanced the cause of justice, fairness and opportunity for all.