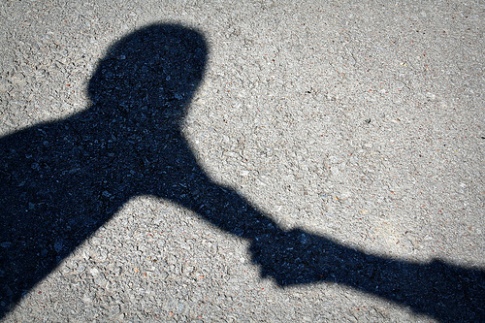 A recent article on TIME.com follows the story of a young undocumented mother from Oaxaca, Mexico, whose baby, born in the United States, was taken away by the state of Mississippi because she “doesn’t speak English.” According to the article, the mother was allegedly deemed unfit “in part because her lack of English placed her baby in danger.” Putting aside your stance on immigration and ignoring obvious human rights violations, this story smacks of irony—the removal of a child by a country that seemingly prizes “American values”—and is indicative of our woefully broken immigration system.

Cirila Baltazar Cruz speaks Chatino—the language of the Chatino Indians of Oaxaca, Mexico—a little Spanish and no English. When she gave birth to a baby girl, Rubí, at Singing River Hospital in Pascagoula, Mississippi however, the hospital deemed Cruz unfit and called the Department of Human Services, who took away the child. Advocates now fighting on Cruz’s behalf allege that the problem “sprang from faulty translation” at the hospital, where employees opted to use an American of Puerto Rican descent who spoke no Chatino as a translator instead of Cruz’s Chatino-speaking relative who was also present.

Cruz is now in deportation proceedings and her daughter is in the arms of a local couple. The Mississippi Immigrants Rights Alliance (MIRA) and the Southern Poverty Law Center (SPLC) have taken up Cruz’s case. Although the judge has placed a gag order on the case, SPLC’s legal director, Mary Bauer, spoke generally about the issues involved, stating:

Any notion that a mother can lose custody of a child because she doesn’t speak a particular language is a fundamentally outrageous violation of human rights. Children have been raised safely in the U.S. by non-English-speaking parents for well over a century. Had they not, thousands of Italians and Russians would have had to leave their kids with foster care on Ellis Island. Raising your child is one of the most fundamental liberties, and it can only be taken from you for the most serious concerns of endangerment. Not speaking English hardly meets that standard.

The Department of Human Services and Singing River Hospital rebutted the claim, insisting there are “other factors” that led to the child’s removal.

Since “she has failed to learn the English language,” the newspaper quotes the documents as saying, she was “unable to call for assistance for transportation to the hospital” to give birth. (Before giving birth, Cruz apparently flagged down a police officer on a city street who escorted her to the hospital.) The social-services translator also reported that Baltazar Cruz had put Rubí in danger because she “had not brought a cradle, clothes or baby formula.” But indigenous Oaxacan mothers traditionally breast feed their babies for a year and rarely use bassinets, carrying their infants instead in a rebozo, a type of sling.

So if language wasn’t an issue, then what was? The mother’s undocumented status? The cultural/regional nuances of motherhood and child rearing? This heart-wrenching story is more than just a battle over the rights of non-English speaking parents. It’s also a reminder that our broken immigration system often separates families—from the deportation of undocumented parents with US-citizen children to the isolation of children languishing in immigration detention centers.

According to the Pew Research Center, the number of U.S.-born children in mixed-status families (unauthorized immigrant parents and citizen children) has expanded rapidly in recent years, to 4 million in 2008 from 2.7 million in 2003. Of those children, roughly 108,434 parents of said U.S.-citizen children were deported from 1998 to 2007, according to another study. In most cases, immigration judges have no authority in deportation proceedings to consider the impact of removal on of U.S. citizen children, further exacerbating the tension between supposed family-values and the realities of our immigration system.

Is this really our “American values” at work? Although the Department of Homeland Security and President Obama have made strides to reform certain aspects of our broken immigration system, until our entire immigration system is overhauled, we will continue to see examples of mixed status families torn apart.